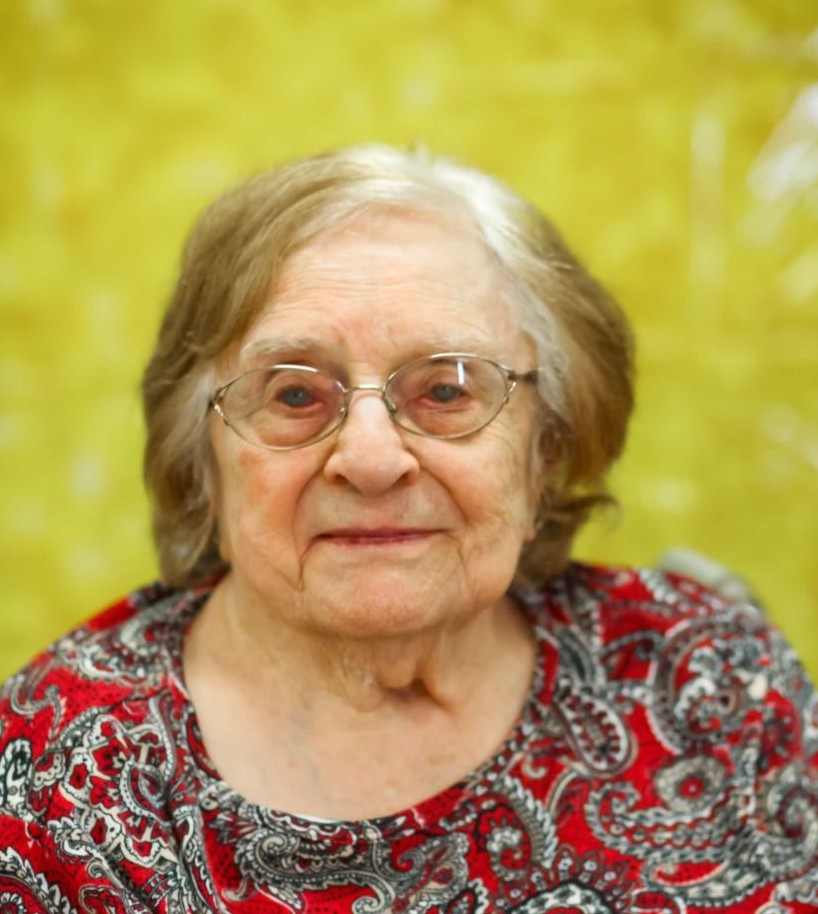 Veone Jucht of Freeman passed away on Aug. 23rd at Oakview Terrace. Graveside Services will take place at 2pm on Friday, August 26th at Plum Creek Baptist Cemetery of rural Emery. Memorial Services will be on Friday, Aug. 26th at 3:30pm at the Missionary Church in Freeman.

Veone (Steffen) Jucht was born on September 27, 1924 near Olivet, South Dakota to William Steffen and Velma (Boegler) Steffen.  She passed away Tuesday, August 23, 2022 at the age of 97.  She grew up in a Christian home and attended the Evangelical United Brethren Church.

During high school, Veone worked at the land surveyor’s office.  It was there that she met a farmer named Lester Jucht in 1941.  Lester enlisted in the army in 1942 but came home on furlough in 1943 and asked Veone to marry him.   When Lester returned again after nine months overseas, Veone and Lester were married on July 19, 1945.

Veone and Lester lived with Lester’s parents for a few months until his parents moved to Emery.  They purchased the home farm and began milking a few cows.  In 1960 they set up a dairy barn and were milking 40 cows.  They attended Lester’s childhood church, Plum Creek Baptist Church, where Veone served by taking part in the Ladies Missionary Society.  They retired and moved to Freeman in 1979, and later began attending the Freeman Missionary Church.

Veone enjoyed being part of her community as a member of the Lions’ Club and was also heavily involved with the Freeman Senior Citizens’ Club.  On many an afternoon she and Lester could be found at the Senior Citizens’ Center enjoying coffee, good company, and a lively game of Rook or Pinochle.

She is preceded in death by her parents and her husband, Lester.

To order memorial trees or send flowers to the family in memory of Veone Jucht, please visit our flower store.