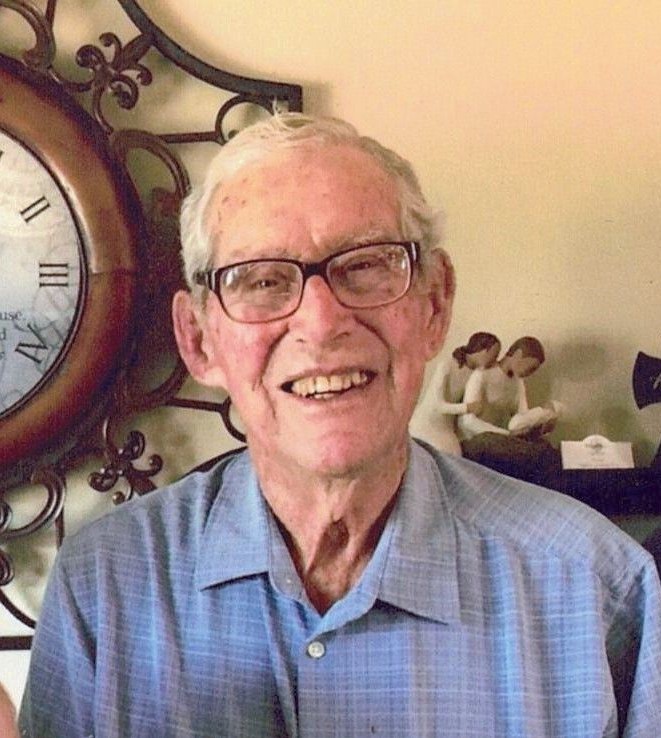 Ted Liesinger, 90, of Bridgewater, died Wednesday, December 29, 2021 at the Diamond Care Center. Funeral Services will be held on Wednesday, Jan. 5th at 10:30 am at Zion Lutheran Church of Bridgewater. Visitation will be form 5-7 pm on Tuesday, Jan. 4th at the Walter's Funeral Chapel in Bridgewater. A full obituary to be posted soon.

Theodore Lee Liesinger was born to Harry and Juliette (Kolaas) Liesinger on October 15, 1931 on a farm north of Humboldt, South Dakota. He attended country school near Humboldt and then graduated from Humboldt High School. Ted was baptized and confirmed at West Wall Lake Zion Lutheran Church, Hartford, SD.

Ted worked on the family farm, and then enlisted in the US Marine Corp in 1951. His service in the Korean war began in boot camp in San Diego with rifle training. He spent six months in Hawaii and left the service at the rank of Sargeant.

He married Betty Forsch June 24, 1955 at the First Presbyterian Chuch in Bridgewater. They lived in Hartford, South Dakota for one year and then moved to a farm north of Bridgewater. He joined Zion Lutheran Church in Bridgewater, where he was very active and served on various boards and as Council President. He also held offices with the American Legion and the township board. He was married to Betty for 57 years. She preceded him in death on 11/22/12.

Ted was a loving husband, father, grandfather and great grandfather. He enjoyed singing, hunting, fishing and spending time with friends and family.

To order memorial trees or send flowers to the family in memory of Ted Liesinger, please visit our flower store.