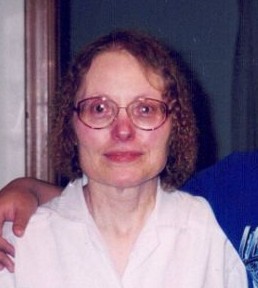 Sharon Schmidt, 73, of Freeman passed away on April 2nd at the Oakview Terrace in Freeman. Memorial Services will be held Sunday, April 24th at 2 pm at the Salem Zion Mennonite Church of rural Freeman.

May 22, 1948 was a joyous day for the Lawrence and Elsie Rassel household when their daughter Sharon Lee made her appearance at Freeman Maternity home. She joined her brother Don and her sister Pat. Later came her brother Ed and sister Betty. Sharon died April 2, 2022 from a massive brain bleed having reached the age of 73 years, 10 months and 11 days.

For the first 7 years of her life, she lived with her parents and siblings on a farm. She graduated from Colton High School , in Colton, SD. She then attended nurses training at St. Joseph's in Mitchell and graduated as an LPN. She worked almost continually as an LPN until poor health forced her to retire. Her caring heart greatly endeared her to her patients.

Sharon married Merton Schmidt on May 29, 1976. To this union daughter Kathy Lee was born and then adopted son Karl Jay joined the family. Sharon was a great mother and loved her family dearly.

Sharon was an active member of the Salem Zion Mennonite Church. She also worked at the Schmeckfest. She was a quiet person with an unassuming manner and liked to read.

Preceding her in death were her parents, grandparents, sister Betty and brother-in-law Gerald Reurink.

We rejoice that her suffering is over and that she is in a much better palce.

To order memorial trees or send flowers to the family in memory of Sharon Schmidt, please visit our flower store.