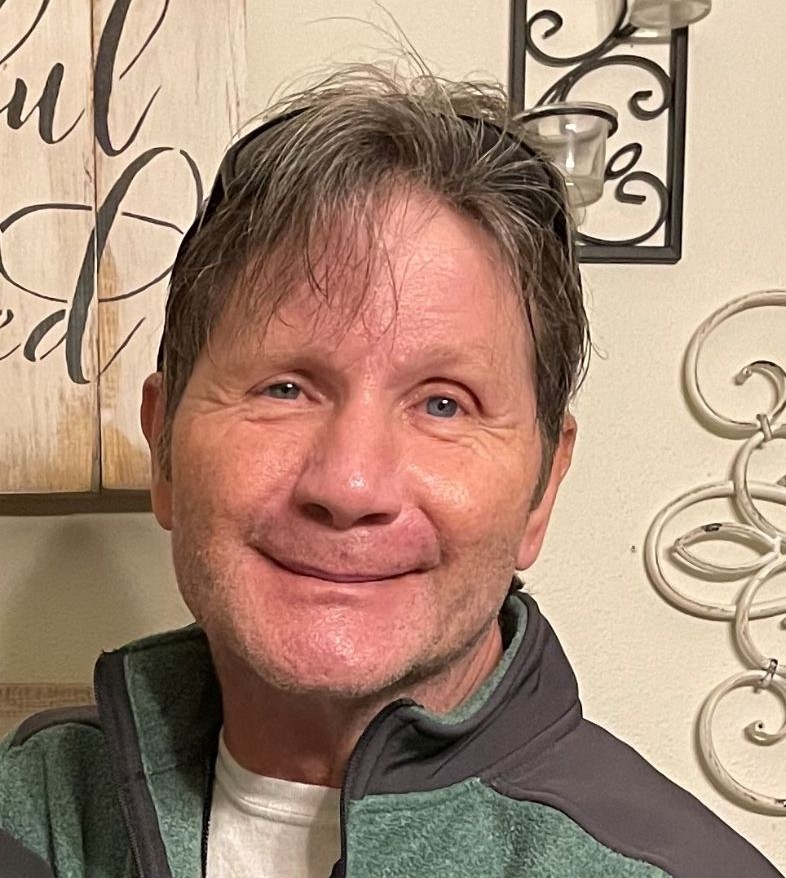 Scot Jacobson went to meet his Heavenly Father on December 27, 2021, at the age of 62 at Freeman Regional Health Services. Celebration of Life service will be Friday, December 31st at 11:00am at Salem Free Lutheran Church, 28586 440th Ave, Freeman, SD. Continue to celebrate and share memories with us at a luncheon in the Parish basement. Visitation will be from 4pm to 6pm Thursday in the church basement.

Scot Allen Jacobson, 62, also known by many as “Jake” or “wiener” went to meet his Heavenly Father on December 27th at Freeman Regional Health Services due to complications from being a life-long diabetic. He was born to Charles and Mary Ellen Jacobson on December 6, 1959 in Viborg, SD.

Scot graduated from Freeman High School in 1978. Two of the many high school memories Scot shared often were the basketball games played into the night at their home and then a football game where he caught a return kickoff and went all the way for a touchdown, seeing his dad on the side line yelling “way to go Jake, way to go!”

Scot’s joking personality and humor could light up a room. His compassion for his family, friends and the stranger was amazing.

Scot was a hard worker as a boy chopping trees with his dad, a teenage worker at both Willow Inn, and AMPI, in Freeman. Moving to New Mexico as an oil driller, then custodian at Citibank and shift supervisor for Land O’Lakes both in Sioux Falls, SD. To be near his grandchildren, Scot moved to Phoenix, AZ where he was a dairy production supervisor. He returned to Freeman, SD in 2010 due to health reasons. Caring for his dad during his health decline, a special and unique bond was formed.

His daughter Tierny was born on August 31, 1982 and she had two children Mackenze and Dylan which were everything to him. Scot was known as “Pa” not grandpa.

At a dance. Asking him to dance he replied to her “I don’t dance”. Pulling on his arm she responded, “you do now”. They danced and from there on they talked everyday falling deeply in love. Anna Marie Wollman and Scot were united in marriage on September 8, 2018. She has been a guardian angel for Scot, and he loved her so much.

Welcoming Scot to heaven is his Savior Jesus, his father Charles (Chuck) Jacobson; grandparents, Floyd and Ruby Jacobson; and John and Grace Johnson; nephew Derek Jacobson; cousin Bradley Johnson along with numerous aunts, uncles and cousins. We want to thank the doctors, nurses and staff at Freeman Regional Health Services, Walters Funeral Home and the many friends, coworkers and family who have supported the immediate family members and for your attendance at the memorial service.

To order memorial trees or send flowers to the family in memory of Scot Jacobson, please visit our flower store.