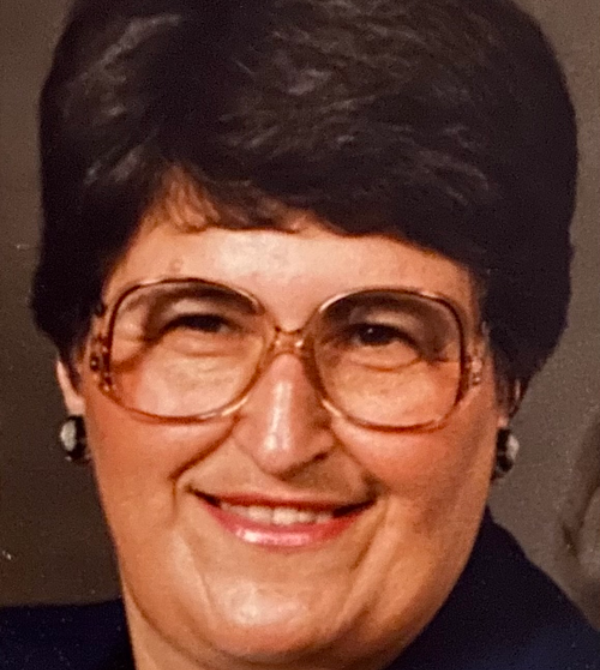 Ruth was born on July 21, 1935, on a farm in Hutchinson County, west of Dolton, S.D. In 1940, Ruth’s family moved to Dolton. Ruth was baptized at the age of 13 by her father, Rev. Jacob B. Hofer.
Ruth went to school first through eighth grade in Dolton and high school at Freeman Academy. From there she attended Freeman Junior College for one year, earning a teaching degree. She taught at a country grade school (Hill Top) by Dolton for one year.
Ruth worked at Duerksen Produce in Bridgewater before moving to Denver, Colo. There she worked at Mike High Culligan as an office manager before retiring.
Ruth married Frank Boehm Dec. 14, 1973, in Reno, Nev. Ruth and Frank moved back to Dolton after they retired in 1987. At the age of 70, Ruth moved to New Hampshire near daughter and family. At the age of 77 and after the passing of her daughter, Ruth moved back to Sioux Falls, S.D. to be near her brothers, sisters and their families.
After declining health, Ruth moved to Meadows on Sycamore followed by Diamond Care Center in Bridgewater, where she passed away peacefully.
Grateful to share her life are her grandchildren: Luke O’Casey from New Hampshire, Lacey Tefft and husband Michael; providing great-grandchildren Hailey and Mason of Vermont; son-in-law Richard Colman of New Hampshire; son TJ Klay and wife Eliose of California; sister Susan Lokken; brothers: Ruben and sife Marlene Hofer, Ronald and wife Kathy Lehman Hofer of Sioux Falls; sister-in-laws Edna Hofer and Evelyn Hofer of Bridgewater; and many nieces and nephews.
Ruth was preceded in death by her husband Frank Boehm; daughter Heather Colman; parent Rev Jacob B. and Barbara Hofer; sister Grace and her husband Art Duerksen; brothers John Eli Hofer, Elmer (Slug) Hofer, Jacob and wife Darlene Hofer; and brother-in-law Thomas Lokken.
Ruth’s hugs were a thing of beauty. In her embrace there was nothing but the two of you and love. You knew everything would be okay. She will be greatly missed by many.

To order memorial trees or send flowers to the family in memory of Ruth Darlene Hofer Boehm , please visit our flower store.