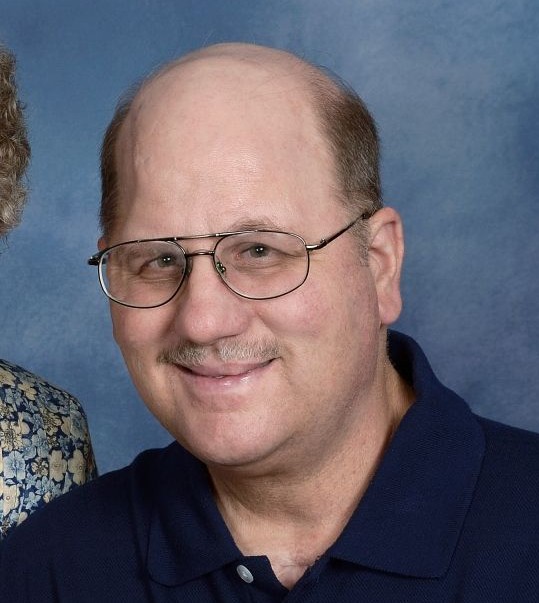 Maynard Yoder, 61, of Freeman passed away March 9th at his home under hospice care. Memorial Services will be held at 10:30 am on Saturday March 19th at the Salem Mennonite (South) Church of rural Freeman. Visitation will be from 5 to 7 pm on Friday March 18th at the church with a prayer service and time of sharing at 6:30 pm.

Maynard Leroy Yoder was born on June 28, 1960 in Washington County Hospital in Washington, Iowa to Jerry and Loretta Bender Yoder, their third child. He received his elementary education at Wellman Elementary School, went to Mid-Prairie Jr High, and transferred to Iowa Mennonite School where he graduated from high school in 1978. Upon profession of his faith in Christ, he was baptized by Ron Kennel and became a member of Wellman Mennonite Church in Wellman, Iowa.

Maynard attended Hesston College in Hesston, Kansas for two years after which he moved to Michigan where he found his purpose in life as a dairy farmer. Five years later he left for Pennsylvania where he did voluntary service with the MCC Meat Canner and just so happened to meet the love of his life, Barb Waltner. After his VS term was over, he said to himself, “Well, if anything is going to happen between Barb and me, I’d better go where she is.” So in 1987 he moved to Freeman, South Dakota, and they were married on July 29, 1989. To this union were born two children, Noah Robert and Hannah Joy.

After marriage they started dairy farming on Barb’s home place. They had built up a quality herd before Maynard suffered a very serious farm accident on October 27, 2005. This led to a stroke, leaving him paralyzed on his left side and in a wheelchair for the rest of his life. With great sadness they sold the herd in 2009.

Because of Maynard’s perseverance in Rehab, he was able to return to live at home where he was involved in his children’s lives as they grew up. He attended all their events and made family time special. Many trips were also taken to visit relatives out of state, as he did not allow his disability to prevent enjoying a high quality of life.

Maynard transferred his membership to the Salem Mennonite Church of Freeman and was active in Sunday School, Bible Studies, and social events. He served as an usher and after his stroke as a greeter. He was also a faithful prayer warrior later in life.

In the years following his accident, Maynard spent his days reading and watching programming on the internet. He especially enjoyed documentaries on YouTube, sports, and listening to music. He was always ready to play table games and solve crossword puzzles, and throughout his life was a trivia whiz.

Although Maynard was confined to a wheelchair, he always tried to remain upbeat and pleasant to be around. He endured his limitations with acceptance and grace, and was

an inspiration to many. He also enjoyed making his family and others laugh and was able to maintain his sense of humor despite his disability.

Maynard walked through Heaven’s Gates on March 9, 2022 at the age of 61. Mourning his passing are his wife Barb of Freeman; son Noah and daughter Hannah both of Harrisonburg, VA; parents Jerry and Loretta Yoder of Kalona, IA; siblings Eileen and Chris Gingrich of Harrisonburg, VA; Karla Woodson of Champaign, IL; and Scott and Rhonda Yoder of Kazakhstan; sister-in-law Ruth and Chuck Mueller of Halstead, KS; and numerous aunts and uncles, nieces and nephews, cousins, and friends.

Preceding Maynard in death were his grandparents Leroy and Ida Bender and Noah and Fannie Yoder, parents-in-law Robert and Cleva Waltner, brother-in-law Ryan Woodson, and aunt and uncles Jean and Maurice Bender and Lloyd Yoder.

Maynard wrote his own obituary in 2014, and it has been updated by the family

To order memorial trees or send flowers to the family in memory of Maynard Yoder, please visit our flower store.

A prayer service and time of sharing will be held at 6:30 pm