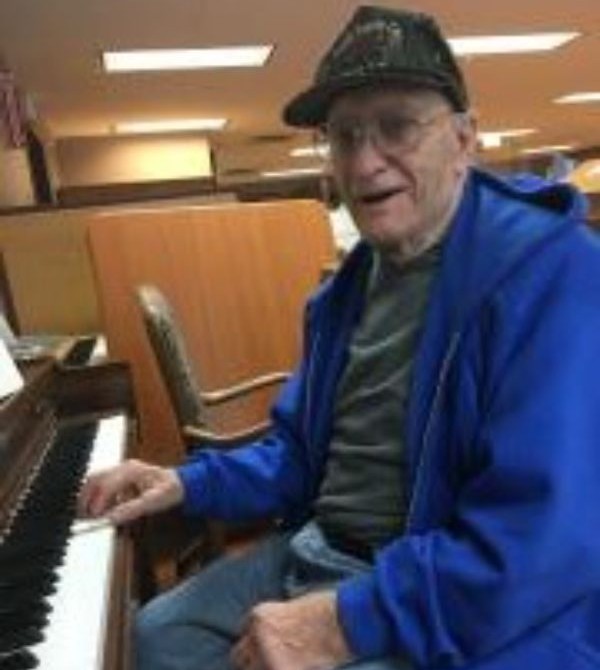 Maynard Schultz, 93, of Sioux Falls and formerly of Clayton, passed away on March 10th at the Canistota Good Samaritan Center. Visitation will be Thursday March 17th, from 5-7 pm at the First Baptist Church of Emery with a Prayer Service at 7 pm. Graveside Services will be at 11 am Friday, March 18th at the Wolf Creek Congregation Cemetery.

Maynard Schultz was born March 28th, 1928 to Gustav and Amelia (Juhnke) Schultz. He grew up near Clayton, SD. Maynard attended country school through the 8th grade. He served in the US Army in 1954 and then got a hardship discharge to take care of his younger siblings when his father Gustav passed away. He farmed on the family farm for a few years. Then he started shearing sheep with his brothers Arnold and Guss. He rented out his land to Edwin and Marriette Schultz in the 1960's.

Maynard enjoyed playing the accordion and piano for family gatherings and social events. Maynard lived on the family farm by Clayton until 2013 when he moved to Sioux Falls. Maynard was diagnosed with dementia in December of 2020. He lived at the Canistota Good Samaritan Center until the time of his passing. Maynard will be deeply missed by his friends and family.

Maynard is survived by sisters Elnora Unruh and Alice Schmeichel. He was preceded in death by 5 brothers and 3 sisters.

To order memorial trees or send flowers to the family in memory of Maynard Schultz, please visit our flower store.