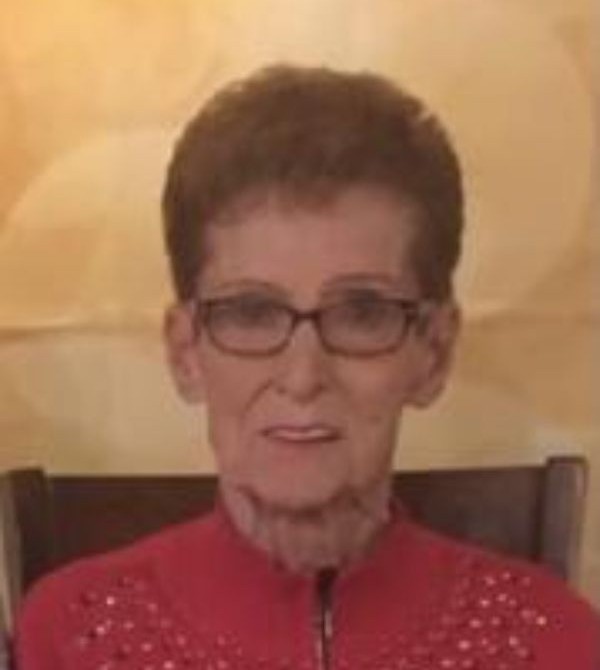 Funeral services will be Wednesday, May 18 at 10:30am at St Stephens Catholic Church in Bridgewater.  Visitation will be Tuesday from 5pm to 7pm with a prayer service at 7pm at the church.   Cards may be directed to Dawn Krumvieda, 7562 S Grand Arbor Pl, Sioux Falls, SD 57108.

Mary was born May 10, 1937 in Marion, SD to George and Annie (Luke) Boelson.  Mary grew up in Marion and attended Marion High School along with her four sisters, Leona, Mardella, Shirley and Angie.  She married Marvin Theel on June 8, 1954 and they farmed in the Canistota area.  To them were born seven children. Dennis (Donette) Theel, Dawn (Gary) Krumvieda, Doug (Colette) Theel, Darin (Sherry) Theel, Derrick Theel, Donnie Theel and Darcee (Todd) Anderson.  Marvin passed away November 30, 1985 at the age of 50 and Derrick on October 1, 1991 at the age of 25.

When Mary and Jerry were married, she instantly became step-mother to his children Cathy, Jeff, Melanie, Laurie and Jerry Jr. along with their spouses and many more grandchildren and great grandchildren.

Memorials may be directed to the Sanford Centennial Hospice Cottage, Sioux Falls, SD.

To order memorial trees or send flowers to the family in memory of Mary Louise (Theel) Weber, please visit our flower store.