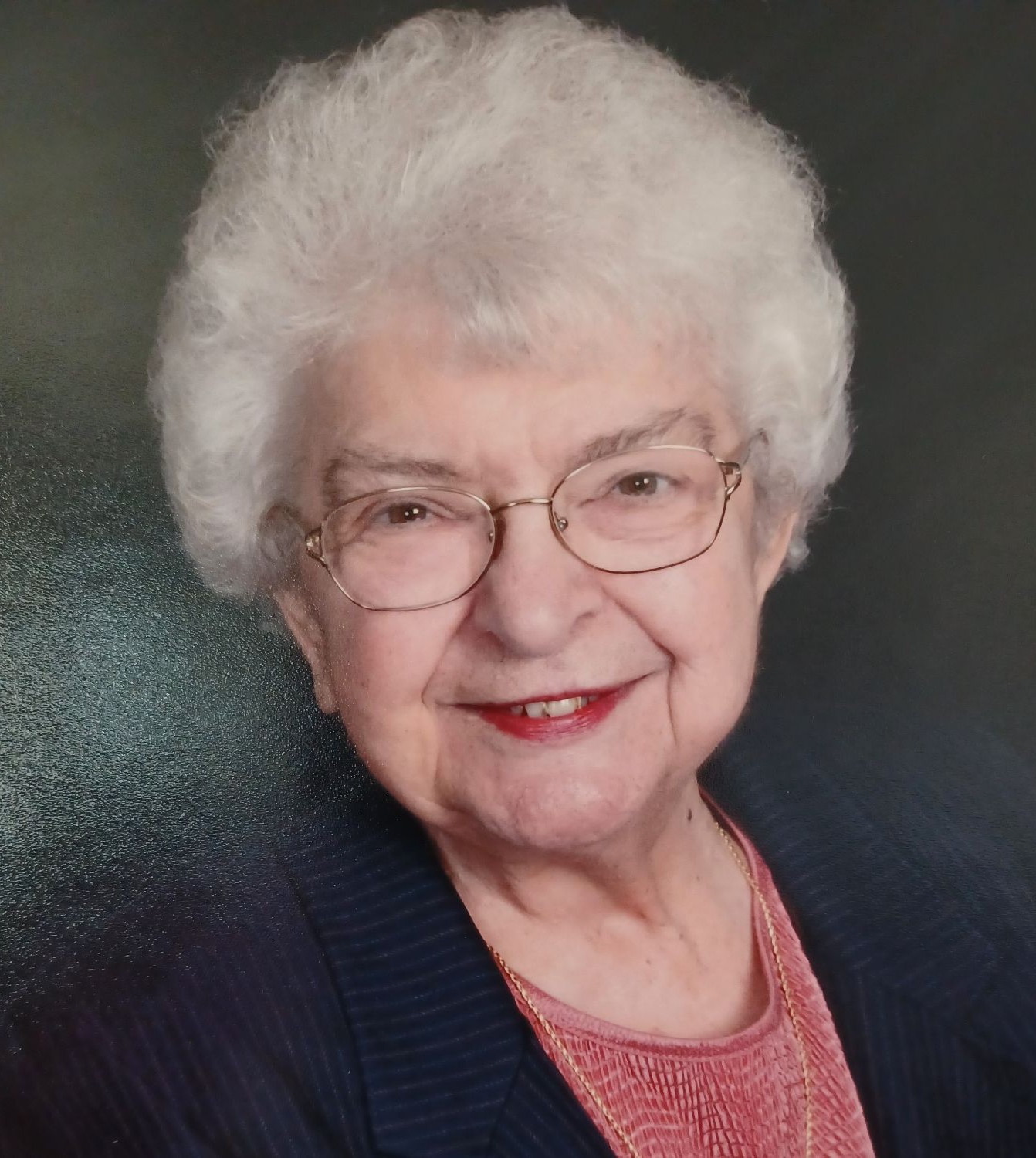 Lois Marie Vondra , born August 27, 1928 in Canistota, SD to John and Mary (Krier) Gaspar, died February 19, 2022 at Avera Hospice, Sioux Falls, SD. She grew up on a farm near Bridgewater and attended St. Stephen’s Elementary School and Bridgewater High School. She graduated March 1947 from South Dakota Beauty Academy in Sioux Falls and then worked as a hair stylist there.

On April 17, 1951 she married Jack Vondra at St. Stephen’s Catholic Church. They continued to live in Bridgewater where Jack owned/operated Vondra Jewelry. They enjoyed 70 ½ years of married life together. She was a stay-at-home mom with a beauty shop in her home where she continued hair styling part time. Lois and Jack were the proud parents of 9 children, 23 grandchildren and 35 great grandchildren.

Faith and family were her cornerstones. She was a member of St. Stephen’s Christian Mothers, served as Eucharistic Minister, as well as lector and rosary leader at church. She was a member of the Catholic Order of Foresters and the Auxiliary for the American Legion. Playing bridge and pinochle, having coffee with friends, or winning at bingo were some of her favorite pastimes. Her children and grand/great children were her greatest joy,

She was preceded in death by her husband Jack in 2021, her parents, sons John and Steve, daughters Julie and Teresa, brothers Jake, Marcus and Walter, and sisters Anona Kurtenbach, Ellen Westoff, and Elaine Gaspar.

In Lieu of flowers, memorials should be directed towards St. Stephen's building projects.

To order memorial trees or send flowers to the family in memory of Lois Vondra, please visit our flower store.