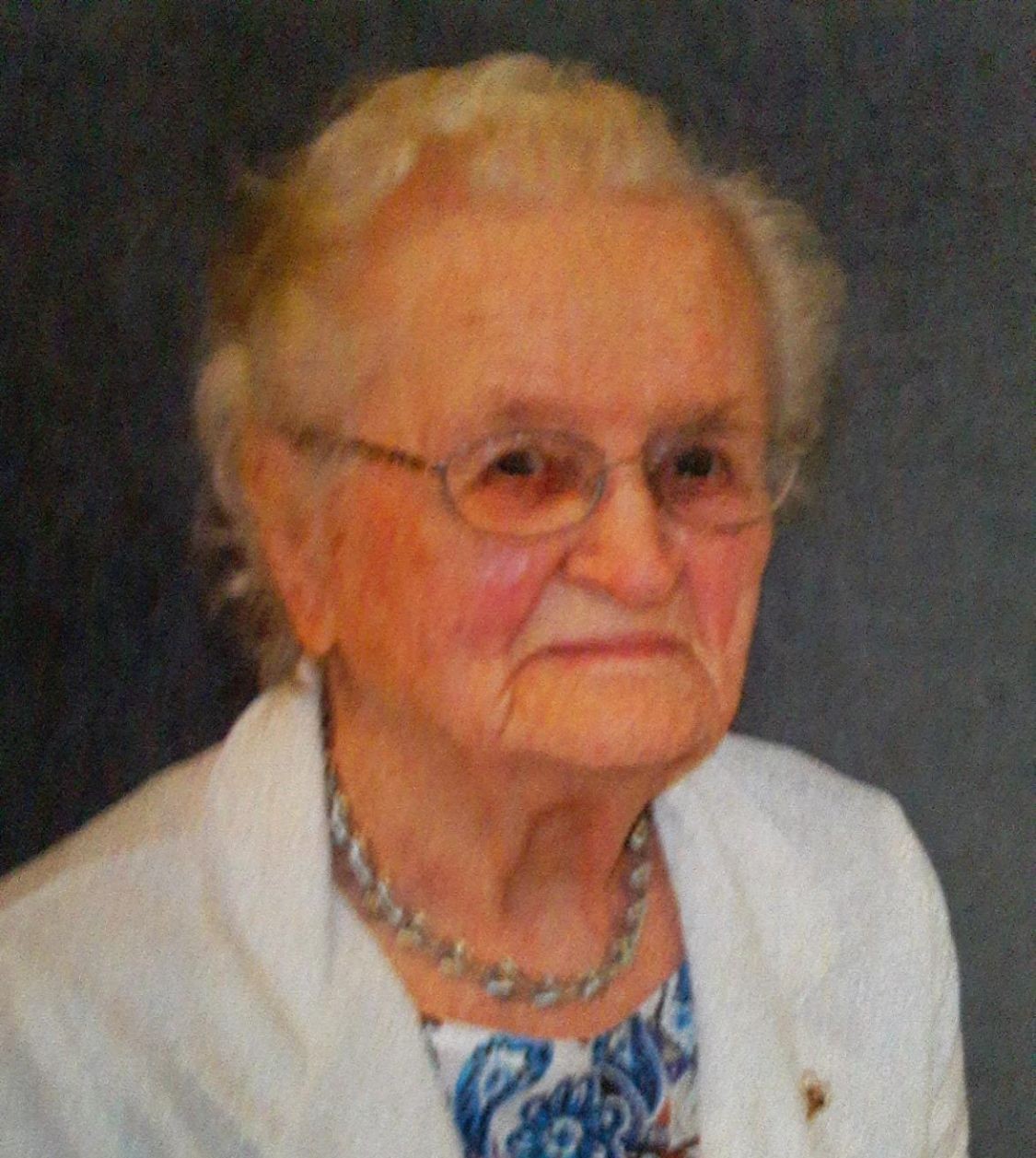 Leona K. Koerner, 101, of Freeman passed away on July 24th at Oakview Terrace in Freeman. Funeral Services will be held on Thursday, July 28th at 10:30 am at Zion Reformed Church in Menno. Vistation will be from 5-7 pm on Wednesday, July 27th at the Walter's Funeral Home in Freeman. A full obituary will be posted soon.

Leona Katherina Koerner was born June 19, 1921 to Henry and Karolina (Mehlhaf) Streyle in the Freeman/Menno area. Leona passed away July 24 at the age of 101 in the Freeman Nursing Home.

She was confirmed June 19, 1935 at Zion Reformed Church of rural Menno. After completing and years of school, she worked for several families in the area doing housework and taking care of children. Leona was united in marriage to Wilmer Koerner by Rev. William Korn on October 20, 1946. She was a hard-working farm wife and mother, and a kind person. She always had a large garden and did a lot of canning and freezing from the abundance she produced. She also enjoyed cooking and baking for the family. She was always trying out new recipes.

After raising six children, Leona and Wilmer took time out and went on many bus tours to all parts of the United States. They enjoyed this very much. The couple moved to Freeman in1988. Leona continued gardening in town until the age of 95. She loved her flowers inside and outside the house. She was especially proud of her African Violets. There was never a time when her violets weren’t in fill bloom. Leona was a very talented woman. She made quilts for all her children and grandchildren. She also enjoyed adult coloring books, ‘Search a Word’ books, and doing crafts of all kinds.

She was in her own home until January 2020 and then became a resident at the Salem Home. She enjoyed being there and always talked about the good food they served there.

On June 19, 2021, she was able to leave the Salem Home for the day to celebrate her birthday of 100 years at the Lion’s Park in Freeman. She enjoyed this very much with family and friends. She was a life-long member of Zion Reformed Church. On January of 2022, she entered the Freeman Nursing Home (Oakview Terrace.)

To order memorial trees or send flowers to the family in memory of Leona Koerner, please visit our flower store.