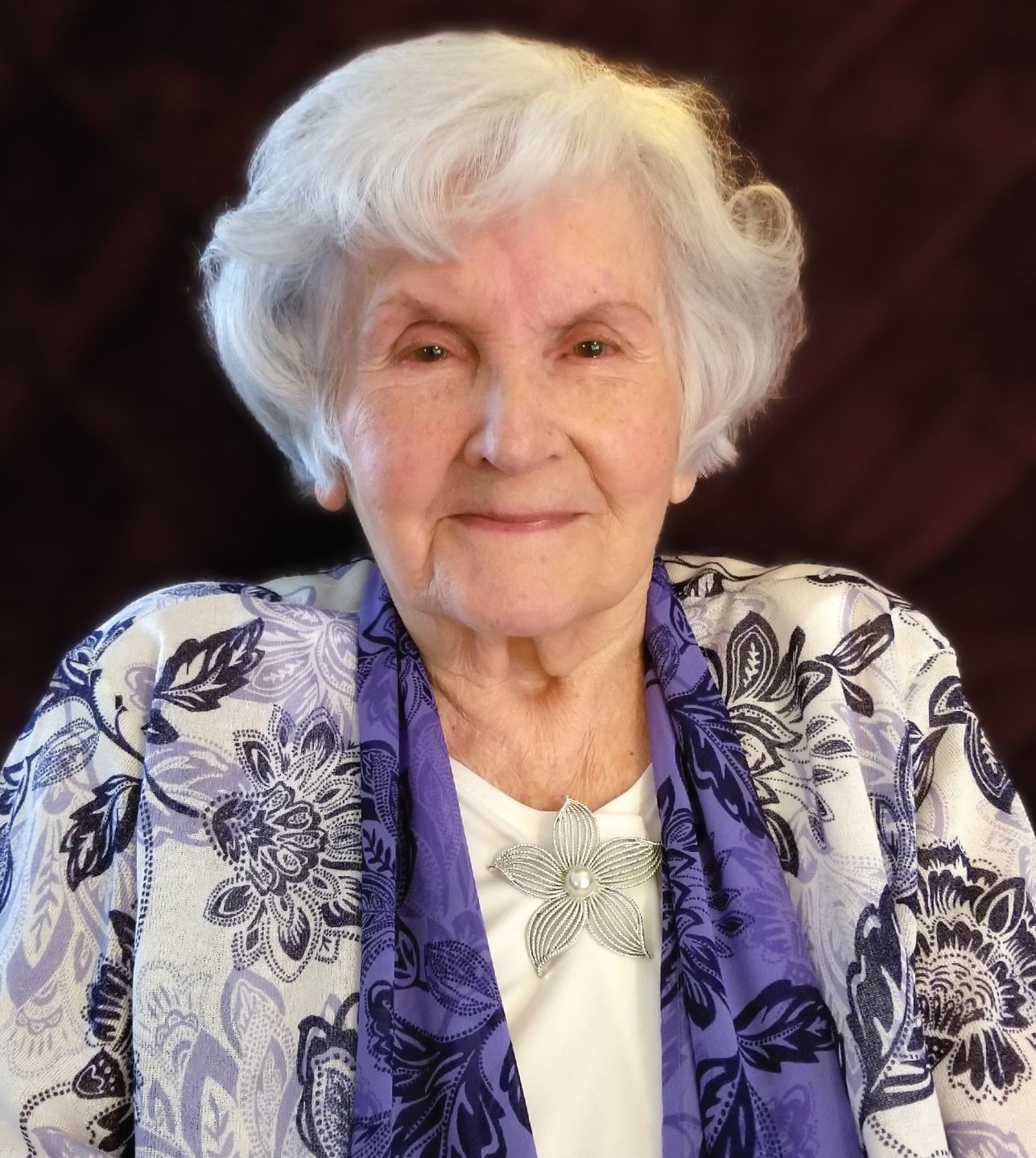 Leona Dowden, 98, of Freeman pased away on March 7th, at Oakview Terrace in Freeman. Visitation and viewing will be from 5-7pm on Tuesday March 15th, at the Walter's Funeral Home in Freeman with a Prayer Service at 7pm. A committal service will be held at 11 a.m. on Wednesday, March 16, 2022, at the Arlington City Cemetery where Leona will be laid to rest beside her husband, Duane.

Leona often told stories of growing up on the prairie and living through the Dust Bowl and the Great Depression. After graduating from Winner High School in 1941 she joined a Government job service program employing civilians to help with the war effort. During World War II, she worked at Hill Air Force Base and Tooele Army Depot in Utah where she repaired radios on bombers returning from the war. She often referred to herself as a “Rosie the Riveter”.

In 1945, Leona returned to South Dakota where she attended beauty school in Watertown to become a beautician. After her studies were completed, she worked in a beauty shop in Arlington, SD, where she met her future husband, Duane Dowden. Leona and Duane were married in Arlington on August 28, 1948. From this union, four children were born, Shari Lynn, Duane Berton, Bradley Leslie, and Gloria Jean.

Leona and her family moved to Freeman, SD in 1961 where Duane was employed at Freeman AMPI and Leona ran a beauty shop out of their home. They were members of the Salem Lutheran Church of rural Freeman. On September 21, 1968, Duane passed away from complications following heart surgery. Leona held various jobs to support her family, the longest being as a psychiatric aide at the State Hospital in Yankton. Her interests included gardening, writing poetry, painting and drawing, taking care of her grandchildren, and loving her various pets. She also developed an interest in national politics in her later years. She was a lifetime member of the American Legion Auxiliary of Arlington and gave freely to numerous charities throughout her life.

The Lord welcomed Leona into His arms on March 7, 2022, at the age of 98. She was preceded in death by her husband, her parents, her in-laws (Bert and Blenda Dowden), her siblings and their spouses Gerald (Dorothy), Eugene (Marjorie), Mervin (Mildred), Irene (Rudy Cerv), her twin brother, Leonard (Alice), a granddaughter, Samantha Dowden, a nephew, Thomas Zeigler, and a grandson-in-law, Jon Smith.


In lieu of flowers, donations may be made to the American Heart Association, the Humane Society, the Billy Graham Evangelistic Association, or a charity of your choosing.
To order memorial trees or send flowers to the family in memory of Leona Dowden, please visit our flower store.