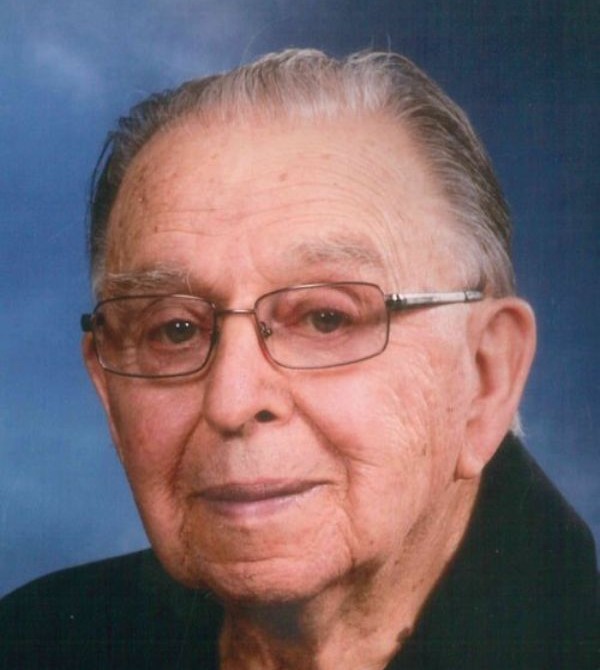 A memorial service for Lemoyne "Lefty" Ries will be held at 4 p.m. on Saturday, Nov. 27 at the Salem Mennonite (South) Church of rural Freeman, with a time of lunch and fellowship to follow in the church fellowship hall. Visitation will begin at 3 p.m. at the church prior to the memorial service.

Lemoyne (Lefty) Ries passed away at his home on Saturday, Oct. 9, 2021. Lefty was born on May 18, 1931, to Jonathan and Rose Preheim Ries. He had two brothers, Marvin and Alan, and one sister, Ardelle Schrag. He grew up on a farm in the Freeman, S.D., area and raised his family on his home place.
Lefty attended District #93 and graduated from Freeman Academy. After graduation he went into Voluntary Service with MCC and served at Boy’s Village in Wooster, Ohio, for two years. Lefty married JoAnn Fensel on Oct. 25, 1953, and she joined him at Boy’s Village. After Voluntary Service he returned to the farm. After farming he was involved at Fensel’s for many years.
Lefty enjoyed playing on church league softball in his younger years, and has always enjoyed the outdoors, fishing and hunting. A highlight for Lefty was traveling. He enjoyed camping trips with his children, grandchildren and great-grandchildren. He also enjoyed attending the grandchildren’s sports events. Lefty enjoyed going to Texas and meeting many new friends and spent several winters there.
Celebrating his life are his wife, JoAnn of almost 68 years; his sister, Ardelle; brother Alan; daughters: Debra (Don) Beier, Cheryl (Bob) Wollmann and Cindy (Dean) Lehman; son-in-law, Jamie Cressman; grandchildren: Erin (Curt) Hobson, Jason (Becky) Lehman, Mitch Wollmann and Sarah Fodness, Jennifer (Kyle) White, Garrett (Kara) Beier, Chris Wollmann, Darcie (Austin) DuFrain, Dustin (Kristi) Cressman, Ashton (Brandon) Sommer; and 16 great-grandchildren.
Lefty was preceded in death by his parents; brother, Marvin; sister-in-law, Jane; sister-in-law, Sara; brother-in-law, Allen Schrag; sister-in-law, Lorna Prunty; daugher Karen Cressman and niece Lori Candee.
A celebration of Lefty’s life will be held at a later date. Memorials may be directed to Freeman’s Prairie Arboretum, Mennonite Disaster, or your choice.

To order memorial trees or send flowers to the family in memory of Lemoyne "Lefty" Ries , please visit our flower store.