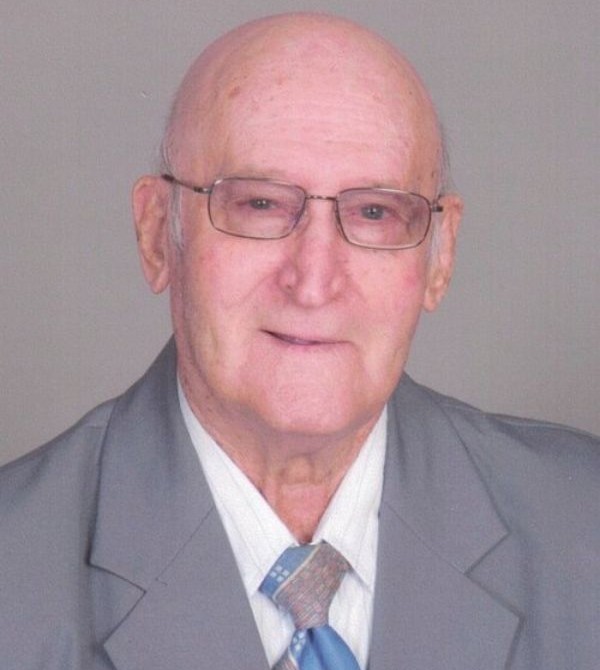 Leland Wiedmeier, 86, of Menno, S.D., passed away on Sept. 25, 2021 at the Avera Heart Hospital in Sioux Falls, S.D. Visitation was scheduled from 5 to 8 p.m. on Wednesday, Sept. 29 at Salem Reformed Church, Menno, with family present at 6 p.m. and a prayer service at 7:30 p.m. The funeral service will be at 1:30 p.m. on Thursday, Sept. 30 at Salem Reformed Church, with Pastor Michael Hecht officiating. Burial will follow at the Freeman City Cemetery, west of Freeman, with military graveside rites. Family will return to the church to visit with friends and family after the burial.

Leland was born on February 15, 1935 to William and Regina (Heckenlaible) Wiedmeier. He joined two older brothers, Wilbert and Floyd. Leland was confirmed at Elim Lutheran Church, rural Irene, S.D. He graduated from Irene High School in 1953. Leland married Clara Mae (Brooks) Wiedmeier on June 24, 1956. Leland served in the U.S. Army in various roles from 1959 to 1961, including nine months in Korea. He reached the rank of sergeant, was honorably discharged, and was a member of the Menno American Legion Post 152.
Leland was a farmer his entire life, farming first with horses, then with tractors and two or four-row equipment. He and Clara Mae lived and worked on the farm his grandfather homesteaded in 1888. When Leland was no longer actively farming, he enjoyed collecting radios and clocks.
Leland was a member of Salem Reformed Church, Menno, for 55 years. Leland had a strong commitment to the church and served six years as a deacon and six years as an elder, including a term as chairman of the elder board. It was his idea to add the figure of Jesus to the current bulletin cover used by Salem Reformed Church. Leland also strongly believed in supporting his local community. He was a Mayfield Township supervisor for 54 years, retiring in March, 2021. Leland served on the Viborg Elevator Board and was instrumental in organizing the Viborg North Yankton County Line Volunteer Fire Department. He had a great sense of humor and loved hearing and telling jokes.
Leland is survived by his wife of 65 years, Clara Mae, children Daryle (Brenda) Wiedmeier and Cheryle (Charles) Gering, grandsons Brady Wiedmeier (friend Hailey) and Samuel Gering, niece Nancy Buchanan, and many extended family members and friends. He is predeceased by his parents, brothers, sisters-in-law Johanna and Marian, and his nephew, Larry.

To order memorial trees or send flowers to the family in memory of Leland Wiedmeier, please visit our flower store.