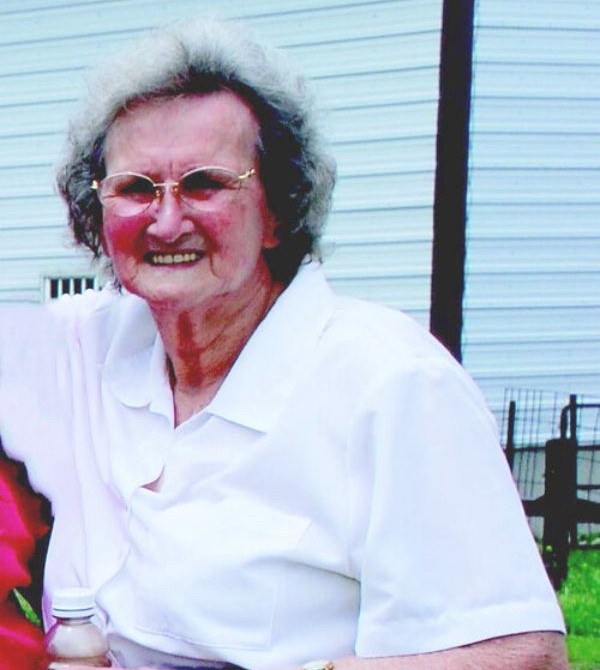 Joyce Adrian, 81, of Freeman, S.D., passed away on Oct. 5 at the Freeman hospital. A funeral service will be held Monday, Oct. 11 at 10:30 a.m. at Walter Funeral Home in Freeman, with burial to follow at the Schartner Cemetery. Visitation will be from 5 to 7 p.m. on Sunday at the funeral home.

Joyce Waltner Adrian was born on September 25, 1940 to the parents of Harry and Amanda Kaufman Waltner. Joyce was born on a farm in Turner county. A big brother, Jerome, greeted her with a younger brother, Gordon, joining the family to make it complete.
For 8 years of Joyce’s life, she attended District 38 country school, where her father had also attended. Joyce accepted the Lord as her Savior in her grade school years and was baptized and became a member of Salem Mennonite South Church in 1957.
Later Joyce attended high school at Freeman Jr. College and Academy. In the fall of 1958 she married James Adrian. To this union were born 4 children, Vince Allen, Vaughn Leigh, IviJean Kay and Velvet Rae. In the spring of 1963 the family moved to a farm by Marion.
Joyce was an avid piano player and organist. As early as 5th grade she played hymns for country school as well as playing the organ in her home church and later at Bethesda Church by Marion. She played organ for weddings, funerals, church services and just for the pure joy of playing.
Joyce also had a passion for flowers, sharing flowers with neighbors and friends. She also made flower arrangements for church. Her garden provided a source of comfort for her as well as providing for her family.
In later life, Joyce was involved in The Mission Ball ministry. The Mission Ball is simply a soccer ball covered with Biblical text in different languages to share and spread the gospel of Jesus Christ to children in many countries. Joyce was very concerned about people’s salvation.
Joyce moved to Sioux Falls in 1990 and worked at McKennan/Avera in the medical records department until her retirement. In 2018 she moved to Freeman until she passed away from health issues on October 5, 2021, at the age of 81.
Left to mourn are beloved family, Vince & Juanita Adrian of Marion, SD, Vaughn Adrian of Fort Collins, CO and Velvet Adrian of Derby, KS. Grandchildren Seth Adrian of Marion, Cory & Hannah Adrian Furney of Freeman, Keith & Heather Westly Raap and great grandson Arthur Raap of Montrose. Extended family include Holly Westley with her children, Calleigh Struck, Mya Painter of Humboldt, and Holly’s brother Cody Gortmaker of Colton, brother Gordon and Sharon Waltner, sister-in-law Sheila Waltner, many nieces, nephews and other relatives and friends.
Joyce was preceded in death by her parents, a baby daughter IviJean and brother Jerome Waltner.
She served her Lord faithfully, loved people and her family. She felt very blessed for the people who have touched her life, her parents and others. Joyce loved spending time with her grandchildren playing trains, tea parties, puzzles and taking them to Swan Lake Christian Camp.
Thank you for the love and support you have shown our mother over the years.

To order memorial trees or send flowers to the family in memory of Joyce Adrian , please visit our flower store.