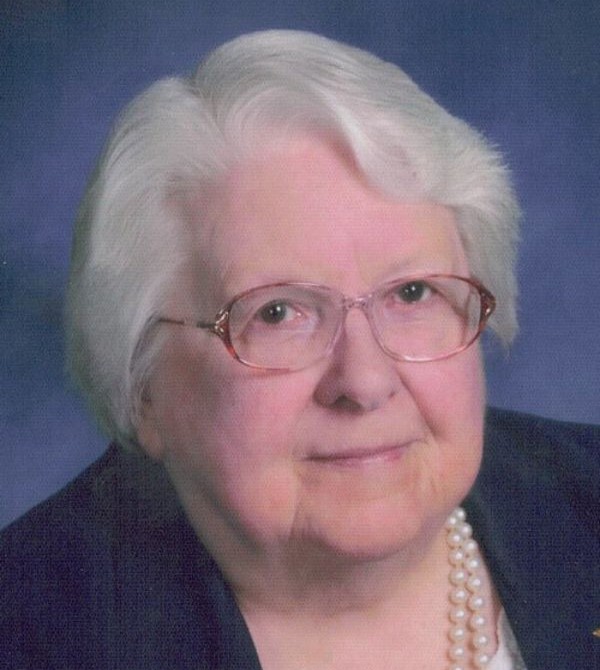 Hilda Jane Kaufman was born on September 5, 1926, to Henry Jac and Ida Kaufman Waltner. Her education was at Rose Valley District 98 and graduated from Freeman Academy in 1944.

On May 25, 1948, she married Kenneth Kaufman. They farmed in the east freeman area for 25 years before moving to Sioux Falls. While in Sioux Falls she worked at Sears and then in the family business retiring in 1990.

Music played a large part of Hilda’s life, starting with piano lessons when she was six years old. She started playing for church services at the age of 12 at the Salem Mennonite Church. She was accompanist for the men’s chorus, young men’s chorus, mixed choir and the ladies choir. After her marriage she joined the Salem-Zion church and was pianist and organist till her move to Sioux Falls. She attended the Good Shepherd Community church in Sioux Falls, where she was pianist and organist. She retired in 2008 after 70 years of music service.

She enjoyed gardening, flowers, her children, grandchildren and great-grandchildren.
In April 2012 Ken and Hilda moved from their home in Sioux Falls to the Salem Mennonite Home in Freeman, SD. In July 2021 Hilda moved to Oakview Terrace Nursing Home where she resided until her death on September 14th, 2021.
She was preceded in death by her son, Robert, daughter-in-law Helen, her parents, brothers, Calvin, James, and Harris

Private family graveside services at the Salem-Zion Mennonite Church Cemetery will be held at a later date.

To order memorial trees or send flowers to the family in memory of Hilda Jane Kaufman, please visit our flower store.