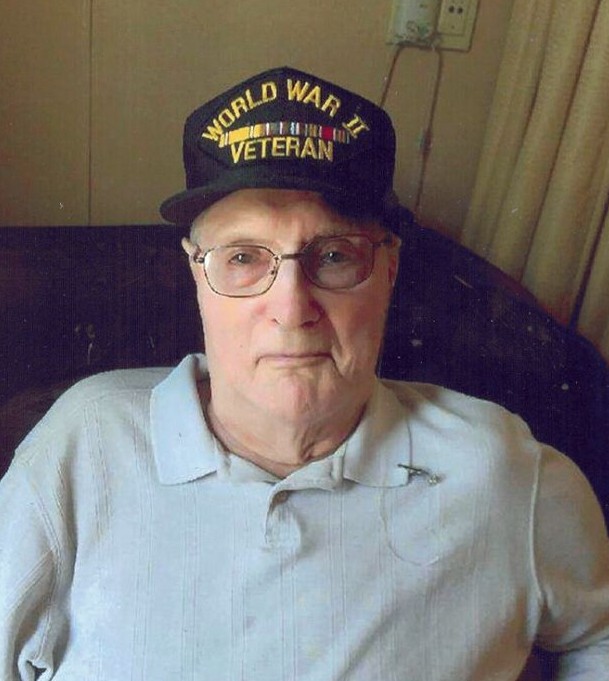 Harley Schultz was born on April 16th, 1925 at Bridgewater, SD to Gustav and Emelia (Juhnke) Schultz. Harley attended country school near the family farm through 8th grade. He was drafted into the Army on his 20th birthday, April 16th, 1945, and served in the U.S. Army during World War II. He was stationed in Hokkaido, Japan and was honorably discharged.

Harley farmed near Alexandria until his retirement and moved to Parkston. He was a member of the Salem Lutheran Church and VFW. He loved driving to Sioux Falls and having lunch with the kids and especially bringing "treats" for the grandkids. He enjoyed playing pool, pinochle, and having coffee at the Senior Citizens Center.

He was a loving and generous father, grandfather, and great grandfather and will be greatly missed by his family.

He was proceeded in death by his wives Lucille and Leota, son James, parents Gustav and Emelia, brothers; Arnold, Edwin, Gust, Herbert, and Wilbert and sisters; Laverna, Gladys, Mildred, and Emelia.

To order memorial trees or send flowers to the family in memory of Harley Schultz, please visit our flower store.