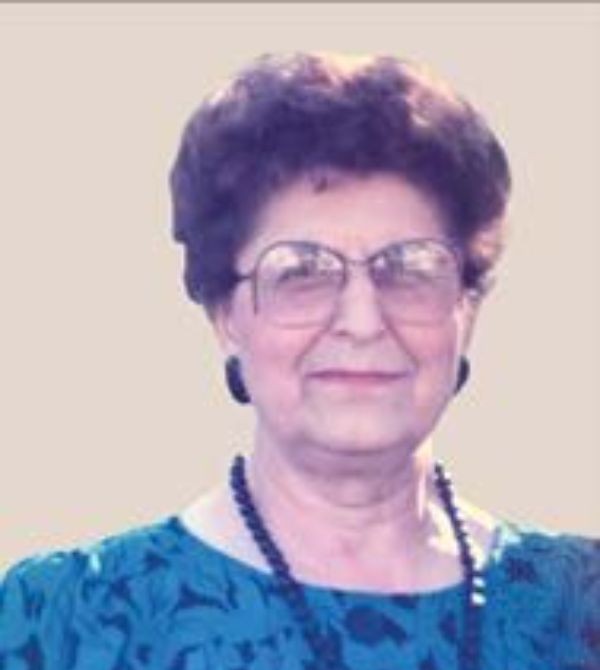 Grace Barbara Hofer Duerksen went to be with her Lord and Savior on October 1, 2021 at the age of 99. Grace was born August 18, 1922 to Reverend Jacob and Barbara (Wipf), three and a half miles west of Dolton on her grandparents’ farm.

Grace received her elementary education at Freeman Grade School and Hofmann District #55 northwest of Freeman. She attended Freeman High School for three years and moved to Dolton with her parents, where she completed her senior year.
She attended Freeman Jr. College for one year and taught country school for one year.
On October 10, 1942, Grace married Arthur Duerksen. Two months after their marriage, her husband was notified to report for Civilian Public Service at Hill City, SD. The men at camp were building the Dearfield dam. At the time, Grace was teaching school and lived with her parents. After school was out, she moved to Rapid City to be with Art and worked at Swander’s Bakery for the summer months.
In the fall of 1943, Art and Grace relocated with the Civil Public Service to Marlboro, New Jersey to work at the state hospital. The hospital was glad the men brought their wives along, because they were short of help. Art and Grace spent two years at the hospital and enjoyed the work.
On July 12, 1944, Art and Grace welcomed their first daughter, Judy Ann. The hospital provided a nursery for the CPS babies, and the mothers took turns taking care of the little ones. After Art was discharged from CPS, they returned home to the Dolton-Marion area.
Grace was baptized on September 10, 1939 by her father upon confession of her faith in the Lord Jesus Christ and became a member of the Hutterthal Mennonite Church north of Freeman. After they came back from service, Grace transferred her membership to the Evangelical Mennonite Brethren (EMB) Church west of Marion, SD. Grace was a faithful member and served actively on various committees. She was involved in several choirs, Sunday school, Bible school, Christian Endeavor, Ladies Mission Fellowship, and food committees. She loved to quilt, bake, and make noodles with her special friend, Glennis Hofer. Grace also enjoyed being a successful Stanley Home Product dealer, hosting home parties, putting on demonstrations, and meeting many new friends.
After Art passed away on Good Friday morning of March 24, 1989 of an unexpected heart attack, Grace continued to live in Dolton for eight more years before moving to an apartment in Marion. She enjoyed living in the apartment, making new friends and entertaining family and friends.They always had a great time together. Grace moved to the Assisted Living at the Tieszen Memorial Home in December of 2013. She enjoyed her stay there and received excellent care. Her greatest joy and blessing were her family. She loved to bake and always had cookies or a bag of homemade noodles on hand to send home with them.
Grace is survived by many loved ones: her four children — Judy Evans, Deadwood, SD; Roger (Julie Ringhofer) Duerksen, Lake Okoboji, IA; Bruce (Karen) Duerksen, Marion, SD; and Sandi (Tom Melnick) Opp, Kissimmee, FL; ten precious grandchildren — Heather (Jerry) Wilde, Russ (Angie Marsch) Evans II, Cherish (Heath) Gran, Heath (Bettina) Duerksen, Justin Duerksen, Leigh Scott, Nick (Austyn Belle Isle) Hermann, Jaden (Reece Chambers) Miller, Natalie Miller; fourteen great grandchildren, and four great great grandchildren. She is also survived by two brothers — Ruben (Marlene) Hofer and Ronald (Kathy) Hofer — by two sisters — Susie (Tom) Lokken and Ruth Boehm — and by many nieces and nephews.
Grace was preceded in death by her husband Arthur, parents Rev. and Mrs. Jacob B. Hofer, grandson Dillon Opp, four brothers, — Erwin (infant), Jacob and wife Darlene Hofer, Johnny Hofer, and Elmer “Slug” Hofer — daughter-in-law Judy Duerksen, brothers-in-law Frank Boehm and Tom Lokken, sister-in-law Carole (Ron) Hofer, and parents in-law Rev. and Mrs. Abraham Duerksen.

To order memorial trees or send flowers to the family in memory of Grace Barbara Hofer Duerksen , please visit our flower store.