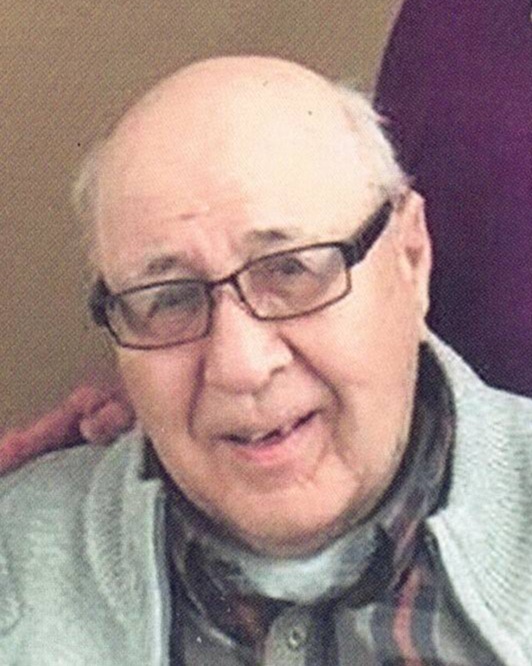 Gerald Michael Wollmann was born on February 11, 1938, in Freeman, SD, to Michael S. and Clara (Hofer) Wollmann. He had a younger sister, Lila Clara. The family moved to Bridgewater in 1944 where Gerald attended school and graduated in 1956.

Gerald and Vauneta lived on the family farm one mile north of Bridgewater where they farmed and raised cattle with his father and later with his son Merlin and grandsons.

Gerald was a loving father and especially enjoyed his grandchildren and great grandchildren. The grandkids looked forward to going to town for coffee at M & S with Grandpa and getting to pick out a treat.

Gerald’s faith and his Zion Mennonite church family were an important part of his life. As a young man in 1952, he trusted in Jesus Christ as his personal Savior at a revival meeting. He was later baptized by Pastor Paul Quenzer as a senior in high school and became a member of the church. Gerald faithfully attended and was active his church, teaching Sunday school and serving on the board in various positions. Gerald and Vauneta supported many missionaries throughout their lives by praying for them, having them in their home, and giving to their ministries.

Gerald and Vauneta shared many joys, sorrows, and blessings in their 45 years together. Gerald was a devoted husband caring for Vauneta many years as she suffered from rheumatoid arthritis until she passed away in 2006.

Gerald found another love and companion in Frieda Wollman. They were married on August 8, 2008. He and Frieda enjoyed many years together traveling and visiting their kids and grandkids.

After retiring Gerald, continued to check daily on the farm and still help out when needed. He enjoyed going to coffee sometimes twice a day, watching the grandchildren’s sporting events and activities, and going to DWU basketball games at the Corn Palace.

Gerald passed away unexpectedly at his home in Bridgewater on January 16, 2023, at the age of 84 years.

He is preceded in death by his parents, his first wife Vauneta, and his sister Lila Wollmann.

Dad was a kind and generous person, steadfast in his faith, and a godly example of what a husband, father, grandpa, uncle, and friend should be. Dad you are dearly loved and deeply missed!!

To order memorial trees or send flowers to the family in memory of Gerald Wollmann, please visit our flower store.