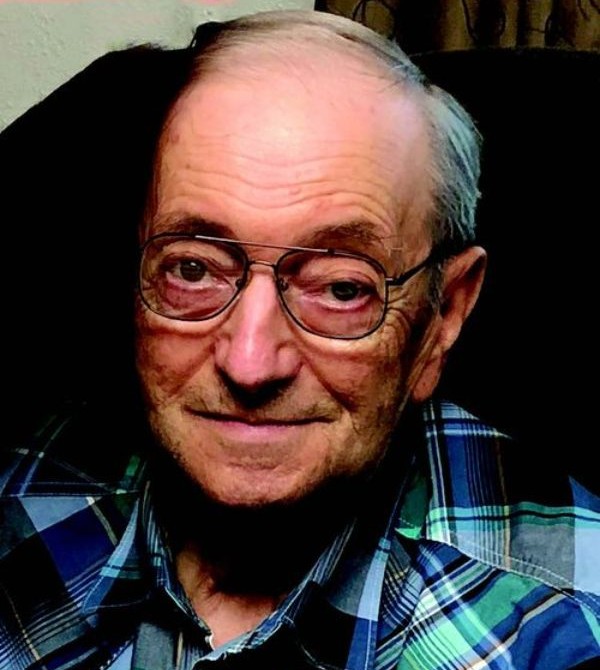 Gene Stucky was born in McPherson, Kansas on April 28, 1935. He was the fifth child of the late John and Lydia Stucky. He spent his first 9 years in McPherson where he learned to speak English in school. He spoke German at home. He moved with his family to a farm near Freeman, SD in 1944. He attended and graduated from Freeman Academy.

His older sister, Mildred Albrecht, got him interested in going to Pennsylvania. He got a job in a hospital in Philadelphia and worked there for two years. While attending church in Allensville, he met Pauline Peachey. They were married in 1955. Together they had five children. He moved his family to South Dakota in 1960.
Gene worked for Sioux Steel in Sioux Falls. He then got a better job building conveyors. He then went to work for Kearns Caterpillars and stayed for 16 years. He decided to form his own company with his partner, Bob Ness. They created Tractor Salvage and Welding and ran the company together for 10 years. Bob then retired, and Gene continued on in the business for 37 more years. He sold his successful business when he was 79 years old.
Gene was an avid cribbage player. He taught all his children and grandchildren how to play as soon as they were old enough to add. He also was an enthusiastic huntsman and enjoyed going deer hunting with his pals. He loved being outdoors and enjoyed nature. He also loved to hop in his car and go on long road trips all around the state of South Dakota.
Gene will be greatly missed by all who knew him. He is preceded in death by his wife, Pauline, and his daughter, Wanda Handy. He is survived by his sister, Lucille Preheim, daughter Rhoda (John) Peifer, son John (Lisa) Stucky, daughter Suzanne Reedy, and son Dennis (Robin) Stucky. He will be missed by his 17 grandchildren, many great grandchildren, nieces, nephews, other relatives and friends.

To order memorial trees or send flowers to the family in memory of Gene Stucky, please visit our flower store.