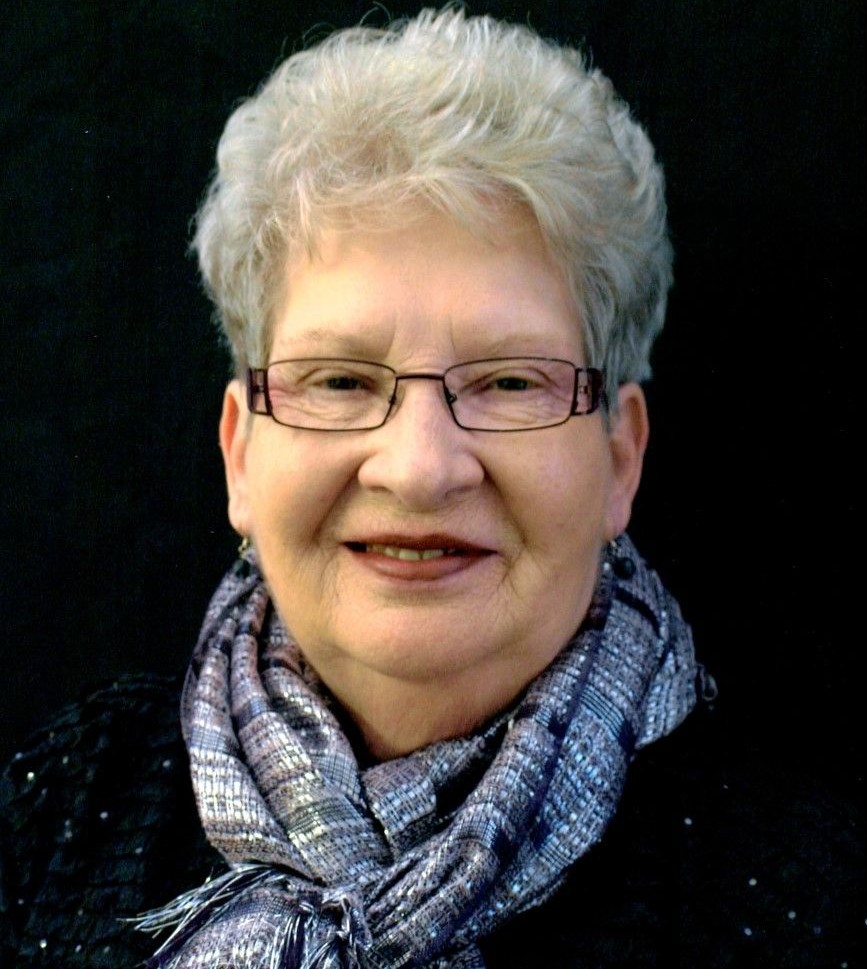 Elaine was born on October 23, 1942 to Leon and Olinda (Steinhauer) Stark . She grew up in Freeman and attended St. Paul’s Lutheran School through the 8th grade and graduated class of 1960 from Freeman High School. Elaine went on to beauty school in Sioux Falls to become a beautician. She enjoyed being a stylist and continued to do hair for friends and family for many years.

On February 13, 1965, Elaine married Byron Vogel of Ethan, SD. They called Mitchell their home, but eventually moved to the Twin Cities area in Minnesota. They were married for 19 years and had 3 children, Jeana, Jarrin, and Joni.

Elaine was also a very good salesperson. She enjoyed selling Shaklee home products, Mary Kay Cosmetics, and eventually worked for Slumberland Furniture for 17 years before she retired in 2008 so she could return to Freeman to take care of her mother.

Elaine had a great love for spending time with family and friends. She was a great cook and was known for putting on meals big enough to feed “an army”. She liked to garden and canned just about anything she could. In her later years, she enjoyed going out to eat with her girlfriends from Freeman very much. Elaine was also very crafty - and enjoyed arts like knitting, crocheting, quilting, refinishing furniture, painting ceramics, and many others. Her love of animals was also no secret as she had many pet dogs and cats throughout her years. She enjoyed spending time outdoors in nature in her gardens, camping, traveling and being on the lake - with the best times on the lake being at her lake home she loved dearly on Pleasant Lake in St. Cloud, Minnesota.

Elaine is preceded in death by her parents, Leon and Olinda Stark, and her sister, Donna Stark

To order memorial trees or send flowers to the family in memory of Elaine Vogel, please visit our flower store.