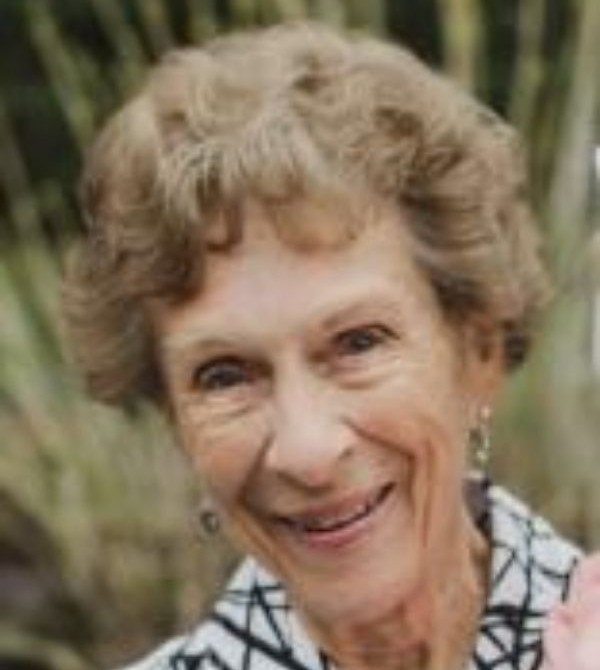 Edna was born in Bridgewater, SD to William Ray and Caroline Josephine (Graber) Echelberger.  She grew up with her sister Lois.  They shared their love of poetry from their dad by writing adventures and birthday messages in verse.  Their love of music was often heard on the radio on WNAX as they sang duets.  Edna sang soprano and Lois sang alto.  Edna also had an interest in acting.  In school, one of her first parts was Becky Thatcher opposite Tom Ellwein as Tom Sawyer.  On November 6, 1944 Edna married her high school sweetheart and former co-star Tom Ellwein.

They moved to Baltimore, MD for a short time where Tom served in the Coast Guard Band.  After joining the Marine Band "The Presidents Own", they moved to Washington, DC where Edna enjoyed raising their two children Pati and Tommy.  Edna taught Sunday School many years at their church, Lutheran Church of the Reformation, two blocks from the US Supreme Court on East Capitol.  Upon retirement in 1963, it was back to SD and family settling in Sioux Falls.  Tom worked at Williams Piano Co and Schmitt Music.  After several years, Edna became a salesperson at Shriver's downtown, the Hallmark store at the Western Mall and finally the Office Supply Store at the Empire Mall.  After being widowed in 1987 Edna's main attraction was her grandchildren and great grandchildren.

Memorial gifts to honor Edna can be given to the Music Department at First Presbyterian Church. 2300 S West Ave  Sioux Falls SD.   A private committal service will be held at the Bridgewater City Cemetery.

To order memorial trees or send flowers to the family in memory of Edna Ellwein, please visit our flower store.