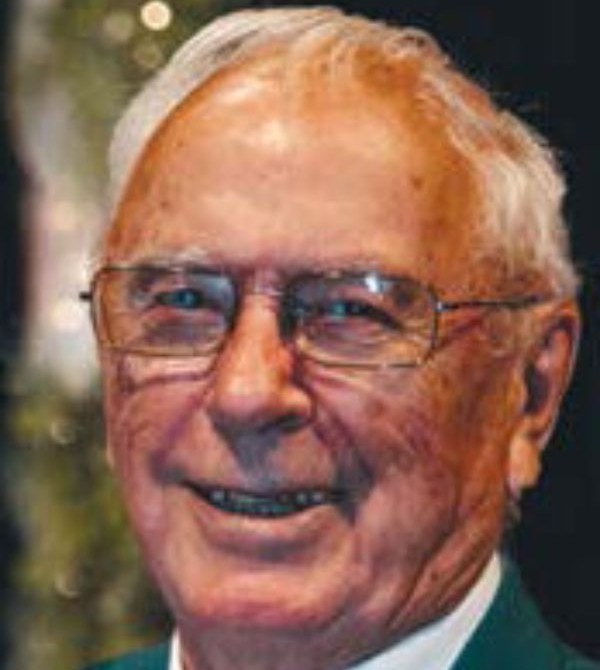 He attended District 32 and Hurley High School. He was baptized May 25, 1947, at Salem Mennonite Church where he was an active member of the church. He taught Sunday school, was a deacon, served on the building committee, and enjoyed his time in the men’s choir.
On March 7, 1953, Darlas married Donna Mateer, his high school sweetheart. They were married for 68 years. Darlas was drafted and spent one year in Korea. He returned with the rank of Sgt. 1st Class because of his leadership qualities.
Darlas and Donna farmed west of Hurley until 2013 and then moved to Freeman. Besides being in local organizations he enjoyed his time as a director of Federal Land Bank of Yankton and Sioux Falls for 20 years.
Golfing was a common interest Donna and Darlas enjoyed together. Darlas also enjoyed all kinds of sports including baseball and football, and he enjoyed gathering together with good friends every week to play board games. He enjoyed spending time with all his grandchildren on the farm and taking family trips together. Donna and Darlas did a lot of traveling and spent numerous winters in Split Rail RV Park, Mission, Texas.
Celebrating his life are his wife of 68 years, Donna; his sister, LaVonne; son, Clayton (Angela); daughters: Julie (Jim), Peggy (Jon) and Sandy (Krishnan); grandchildren: Hilary, Christian, Ryan (Katrina), Ashley (Johnathon), Will, Joshua (Sami), Matthew, Samuel; and great-grandchildren Jack and Vada.
Darlas is preceded in death by his grandson Peter.

To order memorial trees or send flowers to the family in memory of Darlas Don Lehmann , please visit our flower store.