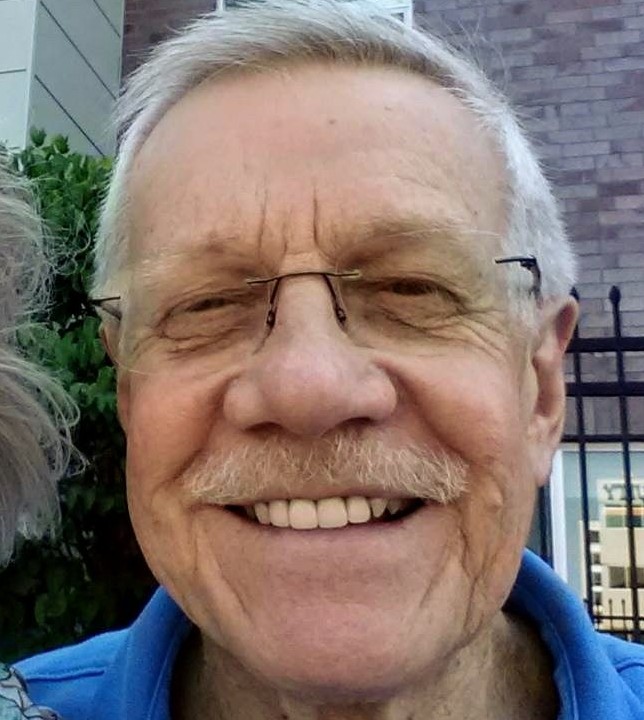 Clinton Matson, 76, of Marion passed away on Dec. 3rd at his home in Marion. A public visitation and viewing will be from 5-7pm on Wednesday Dec. 8th at the Walter Funeral Chapel in Marion. Private family services and burial will be held at a later date. The funeral will be livestreamed at https://us04web.zoom.us/j/2339448758?pwd=c3pxY1lJR...

Clinton William Matson, 76, of Marion died Friday, December 3, 2021 at his home. Clinton was born April 4, 1945 in Deadwood to John and Mary Jean (Marr) Matson. He grew up in the Black Hills (Spearfish) with his 14-year older brother, Lyle, and his 2-year younger brother, Gale. Growing up, Clinton and Gale were inseparable. With the company of their half-lab and half-collie dog, Spot, their cousins Tom and Joann Marr, and a small band of friends, they built underground forts at the abandoned rock crusher, swam at the base of the hydro-electric plant, built and rode boats down Spearfish Creek, played baseball in the big field at Buckingham Trucking Company, and played football at the Black Hills State College field.

When not living the life of Tom Sawyer, Clinton and Gale would assist their father with building and repairing houses throughout Spearfish. In so doing, they learned a multitude of skills that would lead them to (falsely) believe that no home repair or construction job was too ambitious. From his father, Clinton learned how to see the positive in any person or situation. Clinton’s mother endeavored to ensure that her children did better than their parents. She consistently aided and encouraged her children to do well in school and took them to church every Sunday at the local Free Methodist church. It was likely her influence that has largely led to her family’s scholastic achievements and steadfast faith over multiple generations. Clinton looked up to his older brother and hero Lyle Matson who was the first person in the family to attend college – ultimately earning a PhD from Iowa State University. When he would come home from college on the weekends, a young Clinton and Gale would excitedly wake him up early in the morning to play.

He came to know Jesus Christ as his personal savior in high school through a Billy Graham correspondence course, and throughout his life he remained an avid scholar of the word of God. He graduated from Black Hills State College in 1967 with a Bachelor’s Degree in Mathematics. Following graduation, he served in the United States Marine Corps during the Vietnam War as an avionics electrical technician for the F-4 Phantom and was honorably discharged in 1971. After his time in the Marine Corps, he was hired by Verizon as a Curriculum Developer and Trainer where he worked until retirement.

In 1979 he met the love of his life, Leila Matson, in Lincoln, Nebraska to whom he was married for over 42 years. Together they built a lifetime of shared memories and dreams. When together, they would go on near-infinite walks and spend eons conversing over coffee and pie. Eventually, they would come to be known as the “older couple who hold hands.” Clinton’s job took them to Grand Prairie, Texas in 1980.

Clinton greatly valued spending time with his sons who were his greatest treasure. On Saturday mornings, he would take his boys out for donuts and coffee (chocolate milk for the boys). Following donuts, Clinton would often be found completing an endless supply of home improvement projects – aided greatly by his children. He enjoyed watching them play football and soccer when they were growing up. All his sons went on to become avid Tex-Mex food fans like their father. On vacations, the family would return to the Black Hills to visit Clinton’s parents, take another hike up Lookout Mountain, golf at Spearfish Canyon Country Club, race toy wooden boats down Spearfish Creek, go fishing, and relive other moments from Clinton’s childhood.

Following his retirement from Verizon, Clinton returned to South Dakota in 2006. He bought a house (sight unseen) in Marion, moved to Marion, and then proceeded to spend the next six months fixing up the house. After fixing the house, he found another way to stay active by working as a Med Aide for the Marion Assisted Living Center starting in 2006 until his passing on 2021. Needing another project, he then bought and fixed up a farmhouse in Freeman. He greatly enjoyed spending time with his grandchildren – his pride and joy. As a high school state wrestling champion, he remained capable of pinning a 9-year-old even at the age of 76 (just like he pinned his children 30 years earlier), but he also showed the restraint to let the 9-year old win. He cherished his moments with his grandchildren building Lego sets, bowling, roller-skating, and pushing them in the swings.

To order memorial trees or send flowers to the family in memory of Clinton Matson, please visit our flower store.