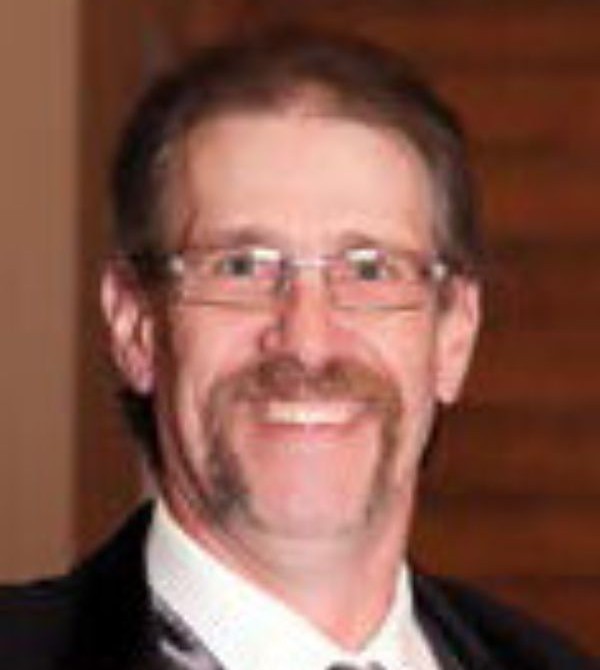 Christopher Kerkhove son of Edward and Mary Lou (Hibbs) Kerkhove, was born August 8, 1965, in Norfolk, Virginia. He was raised by his grandparents Ernest and Hazel Kerkhove on a farm south of Salem until 1978 when they moved to Montrose. He then attended and graduated school from Montrose High School in 1984. After high school he attended Mitchell Technical Institute for Drafting and Building Construction. Some of the jobs he had included: Oakleaf, Hutchinson Technology, Trail EZE, Wrapit, and Mitchell Drug and Rehab. Chris also was an EMT for the Bridgewater Ambulance and a member of the Bridgewater Volunteer Fire Department for many years, Chris was a hard worker and often had a side job in the evenings after work and weekends that included mowing people’s yards and doing remodeling projects for people. Chris had been working with the Bridgewater-Emery School for the last several years and loved seeing the children there.
In 1986 Chris was married to Shar Hofer. They were married for 22 years and had four children together.

Chris was then happily married to Patty Miner on April 20, 2013. Together they lived on an acreage outside of Bridgewater until his death.

Chris often talked about spending time at his Uncle Rich’s farm in high school and in his free time he enjoyed spending time at the cabin in Silver City, fishing and being around his family. Chris especially enjoyed spending his time with his three grandchildren. He enjoyed watching Cameron and Connor play sports and was excited to watch Connor play football at DWU this coming fall. He also enjoyed watching Cassie compete in the Tractor Pull when she was younger. Chris was his children’s biggest supporter and they knew they could always come to him with anything.

To order memorial trees or send flowers to the family in memory of Christopher Kerkhove, please visit our flower store.