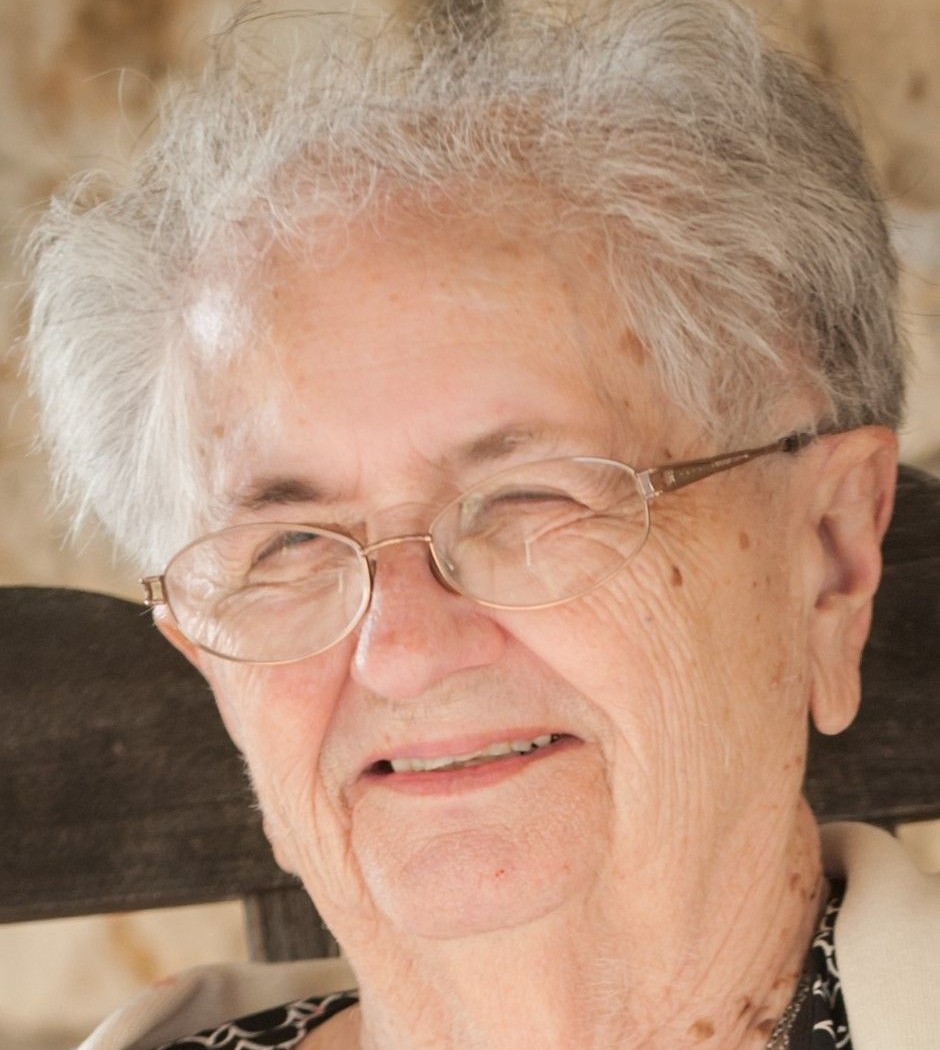 Bernice Pfeiffer, 95, of Parker passed away on Jan. 27th at Oakview Terrace in Freeman. There will be a time of visitation and viewing on Wednesday, February 9th, from 9am to 11am at the Walter Funeral Home in Freeman. Committal services will follow at the Freeman City Cemetery

Bernice was born on April 16, 1926 in Freeman, SD. She was the first child of Bruno and Minnie Baer.

Bernice was baptized May 13, 1926 and confirmed on May 17, 1940 at St. Paul's Lutheran Church in Freeman. Bernice attended parochial and public schools in Freeman and graduated from Freeman High School in 1944. Following graduation, she attended Sacred Heart School of Nursing in Yankton and graduated with a RN degree in 1947. Following her marriage to Arnold Pfeiffer on December 22, 1947 in Freeman, she continued her nursing career in Jackson, MN, Sioux Falls, SD, and Vermillion, SD. In 1962 the Pfeiffer family moved to Parker, SD where Arnold took over a private law practice. Bernice was a homemaker and volunteer for the next 54 years. She volunteered for Parker Schools, Turner County Fair First Aid Station, and as a Poll Worker for local, state, and national elections in Parker. She was very active in many activities associated with First English Lutheran Church where she was a member for many years.

Those who mourn her passing are one son, Richard and his wife Delora of Shawnee, KS, and their daughter Sara and husband Ryan Walton of Olathe, KS; one daughter, Christine and husband Lyle Sageser of Corryton, TN, their son Andrew and wife Kristin of Richmond, VA, and their daughter Beth and husband Stephen Martin of Knoxville, TN. She is also survived by 3 great grandchildren, Madelyn Walton, Logan Sageser, Emma Sageser; her brother Donald Baer of Vermillion, SD, and numerous nieces and nephews.

She was preceded in death by her parents and husband.

To order memorial trees or send flowers to the family in memory of Bernice Pfeiffer, please visit our flower store.