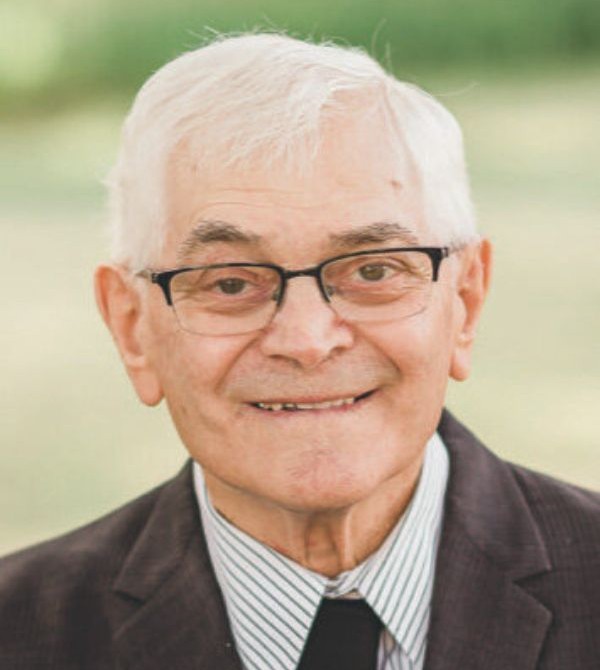 Arlen Clare Miller was born Feb. 26, 1940 to Clarence J. Miller and Goldie G. Gering and grew up on the family farm. He was joined later by brother Steve and sister Jessie. As a teenager, Arlen became convicted of his sin and accepted Christ as his per­sonal Savior and experienced God’s forgiveness. He was baptized by J. Herb Fretz and joined the Salem Mennonite Church, to which he remained a lifetime member serving in various ministries and teaching Sunday school for many years.

Arlen graduated from Freeman Academy in 1958 and received a one-year teacher’s certificate from FJC in 1959. Then he taught country school in the Dolton, S.D. area for two years. On June 9, 1961, Arlen married his high school sweetheart, Florence Hofer, at the Bethesda Mennonite church and they enjoyed 60 years of marriage together. Arlen and Florence then moved to Evanston, Ill. to do alternative service for two years at a general hospital, where Arlen worked as a nurse aide on the mental health ward and Florence in obstetrics. They formed lifelong friendships in that season.

Arlen and Florence returned back to the farm in Freeman, S.D. in 1963 and began their family. Four children were born to them: Craig, Corey, Charles and Jody and they became their greatest blessing along with their spouses, 11 grandchildren and one great-grandchild. Arlen loved his life on the farm and enjoyed the sounds and scents of rural life as he worked hard to provide for his family. Arlen had a soft heart to help people in need and could easily get emotional.

Arlen loved the outdoors, especially the open prairie, traveling, family gatherings, gos­pel music, Oliver tractors, tractor rides, restoring old machinery and antique appliances. Especially meaningful for Arlen was the joy of watching the grandchildren grow up and he never missed the opportunity to tease and be playful with them.

Arlen was involved in many Mennonite Disaster Service projects and volunteered at Freeman Academy, serving on the board, helping with projects, and driving bus.
Arlen was blessed with good health until December of 2019, when he was diag­nosed with cancer. Even though the cancer brought forth many challenges, Arlen was always quick to make doctors and nurses alike smile with his humor and good attitude. With the help of Florence’s caring presence, his supportive family, and a steadfast faith, Arlen was able to stay at home where he died peacefully on Aug. 30, 2021.

To order memorial trees or send flowers to the family in memory of Arlen Clare Miller, please visit our flower store.