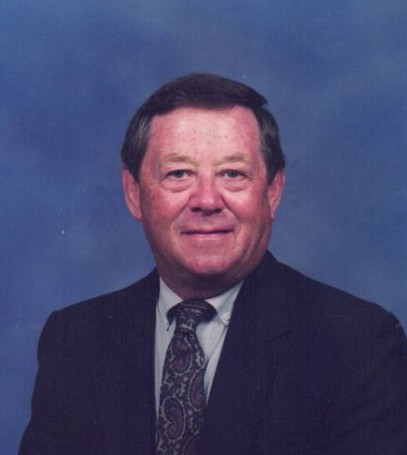 Arden Dewald 88, of Freeman passed away on Friday, April 22 at Hillcrest Memorial Hospital in Tulsa OK.  Funeral services will be Friday, April 29 at 2pm at St Paul Lutheran Church of Freeman. Visitation will be Thursday from 5pm to 7pm at the church.

Arden Henry Dewald was born April 15, 1934 to Arnold and Leontine (Schmitt) Dewald in Sioux Falls, South Dakota. He died one week after his 88th birthday on April 22, 2022. He was baptized on May 13, 1934 at St. Paul Lutheran Church in Freeman. He was raised in Freeman, South Dakota.

Arden attended St. Paul Lutheran Parochial School from Kindergarten through 8th grade. He was confirmed at St. Paul Lutheran Church on May 9, 1948. He then attended Freeman Public High School and graduated in 1952. While in high school he played all sports and the low brass instruments in the marching band. He played 6-man high school football and was the center on the 1951-52 conference championship team. He still holds the Freeman High School football record for the most touchdowns scored from the center position. He then attended Freeman Junior College and graduated in 1954 and proceeded to South Dakota State University where he majored in animal science and graduated in 1958. He was proud of his SDSU years and a Jackrabbit through and through. He had SDSU football season tickets at the 50-yard line for decades. In his last years he enjoyed watching the Jackrabbits football, men’s and women’s basketball games online.

Upon graduation, Arden joined his father in the livestock business. Together they built Menno Livestock Auction into a successful regional livestock auction selling cattle, hogs, and sheep. He continued to own and operate Menno Livestock Auction after his father died and eventually selling it in 1996 after 46 years of ownership. In 1973 he developed the Burger Bar Drive-in in Menno, SD and eventually sold it. Both businesses still operate today by other owners. He continued to own Arden Dewald Livestock until his death. He received many awards during his career from notable organizations such as the South Dakota Livestock Market Association, WNAX Radio for 25 years of giving a weekly livestock market report, the South Dakota Beef Industry Council, and South Dakota Pork Producers.

Arden met Marilyn Johnson, from Erwin, SD, at SDSU and they married on June 21st, 1958. They were married for 63 years. They had a daughter, Lori, in 1959, and a son Steven in 1962. He supported his children’s love of sports, and many high school and college games, and music performances. He was proud that they both went to and graduated from SDSU and became Jackrabbits too.

Arden had a deep faith in God and was a lifetime member of St. Paul Lutheran Church. He held various positions on the church council throughout the years. He also was a community leader like his grandfather, and held many positions, including town council and being the treasurer of the Freeman Cemetery Association, which he was still doing and he had just filed his March 2022 treasurer’s report last week.

Arden loved to fish in any lake or river, from shore or from a boat. He enjoyed playing baseball and later men’s fastpitch softball. Baseball held an extra special place in his life because his son Steve played baseball at SDSU, and his grandson, Michael, is currently a college baseball player who just 3 weeks ago hit a grand slam and grandpa was able to see it happen and had been watching all of Michael’s games on tv this season. Arden also watched tennis because his granddaughter, Hallie, is a high school tennis player. He enjoyed learning the nuances between singles and doubles tennis, and a backhand and a forehand, but he was still learning how tennis is scored. He just watched Hallie play in an outdoor tournament 2 weeks ago. Hallie is also involved in many activities in high school.

Arden entered the South Dakota Air National Guard after high school and was in the Guard 11 years. He was proud of his service and the many Guard friends he made and maintained throughout his life.

Arden is survived by his wife Marilyn, daughter Lori, son Steve and his wife Sheila, and grandchildren, Michael and Hallie. Also surviving are his daily coffee buddies and fishing friends who meant so much to him.

In lieu of flowers, memorials will be directed to the Dewald Family Fund at St. Paul Lutheran Church.

To order memorial trees or send flowers to the family in memory of Arden Dewald, please visit our flower store.