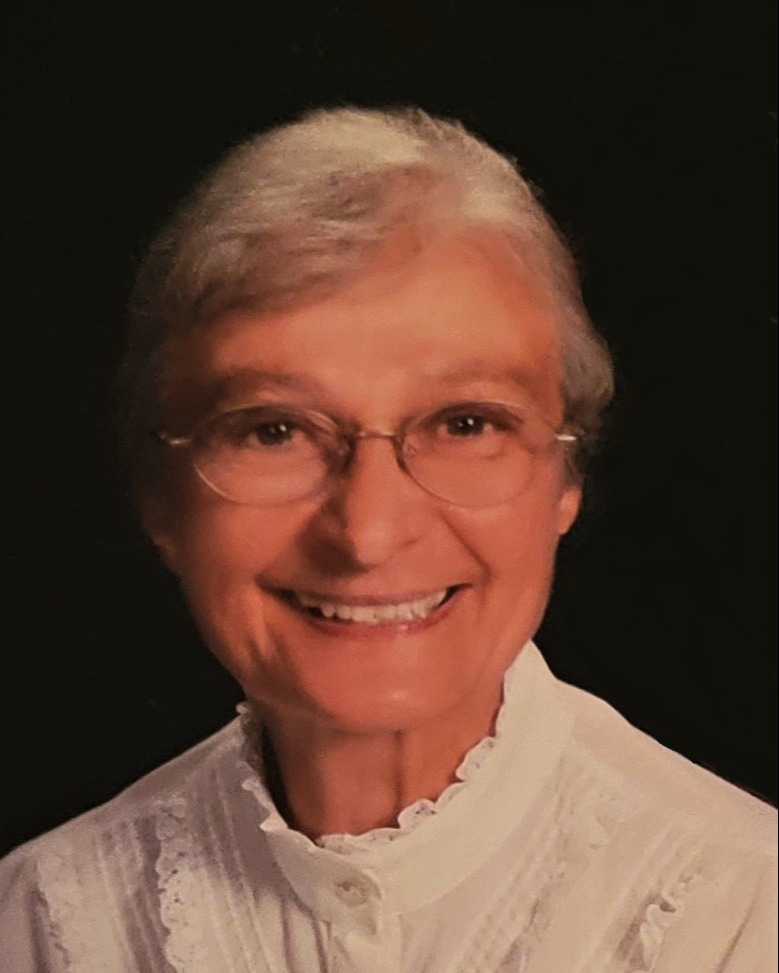 Anette Eisenbeis joined her Lord and Savior in heaven on November 11, 2022, after many years of struggling with Alzheimer’s. A Celebration of Life will be held at 10:30 AM on Tuesday, November 22, at Salem-Zion Mennonite (North) Church of rural Freeman, SD. Visitation with the family present will take place at the church on Monday, November 21, from 5-7 PM, with a time of sharing at 6:30.

Anette Ann Kaufman was born to Harry and Adeline (Boese) Kaufman on October 25, 1934, in the southeastern South Dakota farm home in which she grew up. The fourth of six children, she joined older siblings Lorraine, Maynard, and Alice. Younger brothers Lawrence and Sherman Roy completed the family.

Upon her confession of faith as a teenager, Anette was baptized into the Christian faith by Reverend Herbert Fretz and became a member of the Salem Mennonite (South) Church of rural Freeman. She later transferred her membership to the Salem-Zion Mennonite (North) Church, also of rural Freeman.

Anette thrived as a student and was named valedictorian of Freeman Academy’s class of 1952. She attended Freeman Junior College, earning a one-year degree equipping her as a teacher of District #93 country school. Anette completed her college education with a degree in English from South Dakota State University in Brookings.

A talented musician, Anette performed solos in oratorios and played numerous leading roles in college and community stage productions. Anette honed her writing skills in college and enjoyed writing essays and devotionals, some of which were published in Mennonite periodicals.

Anette married her high school classmate and neighbor, Larry Eisenbeis, on December 29, 1955. Together they embarked on numerous service adventures during their marriage, the first of which was a four-year term with Mennonite Central Committee in northern Greece. It was while doing community development work in Greece that their oldest son Chris was born.

Upon their return to the home community of Freeman, they became the fourth generation to settle on the family farm. They were blessed with two more sons, Tim and Philip.

As an expression of Christian love, Larry and Anette opened their home to foster care for the State of South Dakota. As a result of this endeavor, Rose joined the family as a ten-year-old and was adopted two years later.

After five years at home on the family farm, Anette and Larry decided to accept a position with a non-profit that was working alongside the Mennonite Board of Missions in Araguacema, Brazil. In 1968, they packed up their family of four children, ranging in age from 2 to 12, and moved to the interior of Brazil; they lived there for ten years. During this time, the family was involved in the work of the local Mennonite church. Anette taught grade school-aged children of missionaries in a one-room school, while Larry’s work in Brazil focused on farming.

The family returned to South Dakota in the summer of 1978. After their children were grown, Anette briefly rekindled her teaching career by teaching Bible and German classes at Freeman Academy for two years in the 1990s.

Anette and Larry were gracious hosts, opening their home to Mennonite Central Committee trainees and foreign exchange students at various times over the years.

As a person of faith, Anette found ways to involve herself in the work of the church. She served as a Sunday School teacher, deaconess, and is believed to be the first woman to share a sermon from the Salem-Zion pulpit as a lay leader. She was involved in Women in Mission at Salem-Zion, served on Northern District Conference committees, and on a Commission of the General Conference Mennonite Church, making many trips to Kansas for work in this capacity.

Anette had a ready smile and delighted in a life of service. In addition to work on behalf of the church, she enjoyed making homemade soap for the community’s annual Schmeckfest celebration. Her concern for the earth led her to initiate recycling efforts at her church. Those efforts eventually grew to include more of the community and later resulted in a Recycling Center run by the City of Freeman.

In her early seventies, Anette began displaying symptoms of Alzheimer’s. As the disease progressed, she was lovingly cared for at home by Larry until she transitioned to Oakview Terrace a week before her death.

Grateful to have shared her life is her husband of nearly 68 years, Larry Eisenbeis, and their four children and their families:

To order memorial trees or send flowers to the family in memory of Anette Eisenbeis, please visit our flower store.