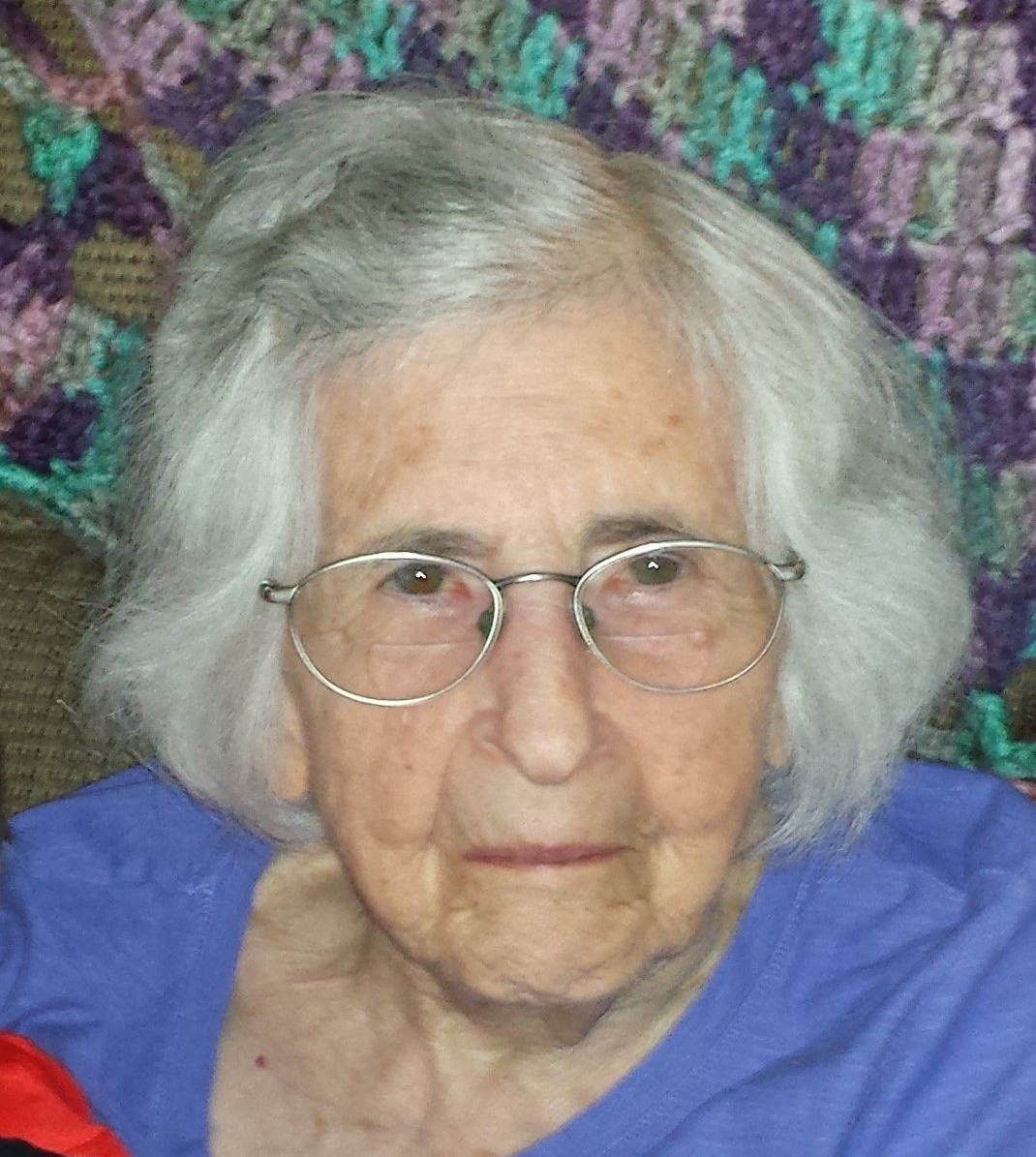 Amy Stevens, 95, formerly of Delmont passed away on Aug. 3rd at the Scotland Good Samaritan nursing home. Funeral Services will be held at 11 am on Saturday Aug. 6th at Grace Reformed Church in Mitchell with committal services to follow at 2 pm at the Delmont Cemetery.

Amy Christine Moody Stevens was born May 16, 1927 in Cornville, Maine to Ray Moody and Lizzie M. (Churchill) Moody. She was the seventh of nine children born in Cornville. She graduated from Skowhegan High School in 1945. She worked at Depositors Trust Bank until she married Hessel Stevens, on June 3, 1950, in Cornville, Maine at her parents home.

They started their married life in Grand Rapids, Michigan where Hessel graduated from Calvin College.

They moved to the Philadelphia, Pensylvania area where her husband attended seminary. After serving a church in the Philadelphia area, her husband was called to Hosmer Reformed Church in Hosmer, South Dakota. Where they faithfully served for 17 years. Amy supported her husband’s ministry by serving as secretary and teaching Sunday School and confirmation classes.

After her husband earned a Master of Science in Education, he then taught at several schools including Freeman Academy and Freeman College. During this time, Amy worked as a CNA in Bridgewater, SD. After her husband took a teaching position in Delmont, Amy served as a CNA at Tripp Good Samaritan Society. After her husband passed in 1994, she lived in Delmont until a tornado damaged her home in 2015. As a result, she moved to Emery, SD and then later to Sioux Falls, SD. She had a passion for researching her family geneology and homeopathic medicine. Mom froze corn and beans, and canned pickles from the bounty of her garden. She also enjoyed planting flowers like purple pansies in the spring.

To order memorial trees or send flowers to the family in memory of Amy Stevens, please visit our flower store.