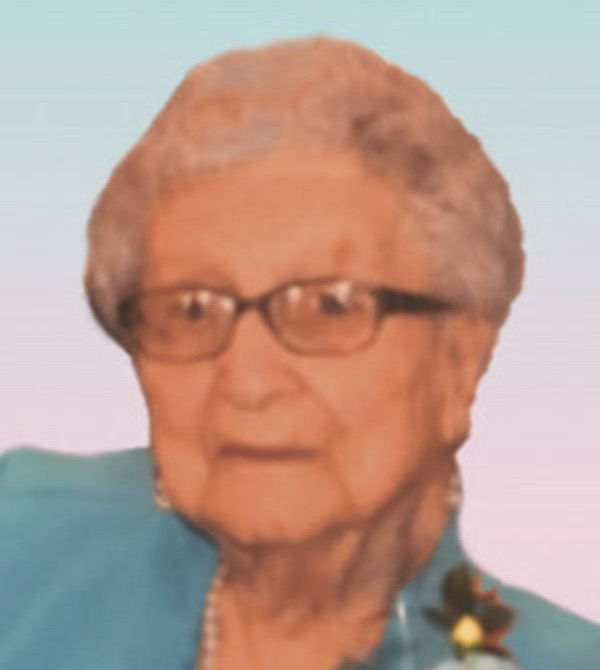 In 1944, the family moved to Bridgewater, S.D. Ada worked at the Red & White grocery store until she married. It was in Bridgewater that she met and married Theodore Koerner on June 10, 1948. He was the love of her life. They settled down on the farm south of
Bridgewater. In 1972, Ted retired from the farm and they moved into Bridgewater. Ada worked at Sol’s Packing Plant in Bridgewater for 12 years. Around 1985, Ted had a debilitating stroke. Ada cared for him at home until his death on June 16, 1987.

Ada was active in her church and was also a founding member of the Diamond Care Center Nursing Home in Bridgewater. She spent many hours there helping the residents play games and other activities. She also was a dedicated servant for meals on wheels for a large part of her life. Ada also did a lot of quilting, embroidering, crocheting and knitting over the years.

Ada passed away at the Freeman Hospital on July 6, 2021. She is survived by five nieces: Judy Learing of Harrisburg, S.D. and Jan (Joel) Walsh of Holland, Mich., Carol Bailey of Summerville, S.C., Gene (Arlene) Klingbiel of Jamesville, N.Y. and Zack Walters of Sioux Falls; in addition to special friends, Dennis and Carol Wollman of Freeman, S.D.

Ada is preceded in death by her husband, Ted, and her parents.

To order memorial trees or send flowers to the family in memory of Ada Agnes Walters Koerner, please visit our flower store.